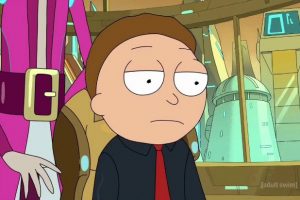 Warning: Spoilers for those who haven’t watched the new season or the series of Rick and Morty.

Rick and Morty is an animated series that’s been around since its first piloted episode on December 2, 2013. This animated series consists of Rick and Morty, Rick being considered a sociopathic scientist who takes his grandson Morty on adventures and continuously puts himself and Morty in danger. Season 3 was just premiered this April 1st after waiting nearly one year and a half for a new season to come out. Season 3 consists of 10 episodes alike the previous two seasons.

Season 3 opens from where the Season 2 finale left off, where Rick turned himself into the Federation to give his family a normal life. The Federation was a major intergalactic organization in which it controlled significant areas in the universe intell Rick dismantled them. In this season’s first episode Rick is being interrogated by the Federations where they are going through his memories to get more information about his life, while back at home his family is living a new life in a new populated world of humans and aliens, while both his grandkids, Morty and Summer worry about Rick so they decide to go find him and rescue him leading to Morty and summer unburying the dead Rick and Morty in their backyard and getting the portal gun to use it to get Rick back but before they went to rescue Rick.

Morty showed Summer the outcomes of one of his adventures with Rick which was his own dimension that was ruined by Rick. Leading them to be tracked and captured by council of Ricks and leading Rick to go their rescue. This leads to Rick, destroying the federation and the Council of Rick’s the Cynadale. This ended with Morty’s parents, Beth and Jerry getting divorced by the end of the episode going their separate ways for arguing whether Rick should remain with them if either Rick leaves or he would resulting to Jerry moving out and also an amusing ending of Rick and Morty discussing the future of their adventures wanting more of Rick’s Favorite sauce the Szechuan sauce and breaking the 4th wall telling Morty they’ll continue doing adventures even if it takes twelve seasons and included old characters, like bird person and evil Morty which made a return in this season. 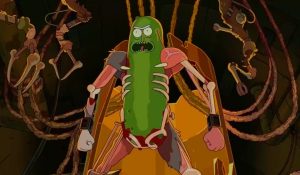 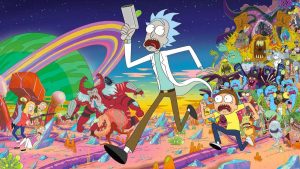 Season 3 brought back some characters from the past that haven’t been seen since last season, Bird person  which was brought back from the dead and was turned into a completely new character with a new identity. The one fans were struck by the most was evil Morty and fans wonder whether this character would have a major role in the next season. So far, the new season has brought exciting and thrilling episodes for fans to enjoy and have a good laugh at.The season also brought amusing episodes like “Pickle Rick” a  episode where Rick turned himself into a pickle when he was trying to avoid going to family therapy with his family, “The Ricklantis Mix up” which showed us the lives of the other Rick and Morty’s not just our C-137 Rick and Morty.

This episode showed the various different Rick and Morty’s living their own lives different from the original Rick and Morty’s lives it showed the daily lives of Rick’s what they do for a living and Morty’s as well what they do if they have a Rick or not. For most viewers season 3 was unfortunately short but was amusing all the way through. Viewers hope for the best for season 4 and hope it will be the longest in the series. Fans hope not have a large gap between seasons and have to wait a long time to view it.  Season 3 was a great season but fans expectations for season 4 would be even greater and hope to view it by next year or as soon as possible. 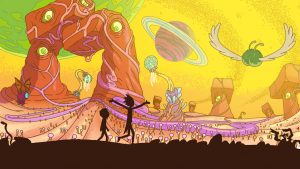