Coming home to your beloved laying on the couch watching T.V, his wife then walks up to him, kisses him, and asks you, his second wife, what you want to make for dinner. Does the idea of sharing your partner send you into rage? Or would you would be okay with having an open relationship? The first option is monogamy, which is the practice or state of only having one partner at a time. The second option, polygamy, being married or in a relationship with multiple people at once. The survey was conducted by asking 50 randomly chosen students about their thought process on monogamy and polygamy. Through this survey, it was found that only 9 out of the 50 chose to practice polygamy. From these nine, five of the students were ninth grades, two were seniors, and two were tenth graders.

The majority of people claimed that they chose to be monogamous because of jealousy, and how they couldn’t bear the thought of being second best. Those who chose polygamy stated that they don’t look for exclusivity, but also don’t create a strong bond with the person. However, neither is better than the other, it all just has to do with the preference of the person.

Even though many people choose monogamy, this is something that’s recent in our society, in our world. Monogamy has only been around for a 1,000 years and in the past was something rare and unnatural. Christopher Ryan, Ph.D. and author of Sex at Dawn: How we Mate, Why we Stray, and What it Means for Modern Relationships adamantly claims that we are not supposed to be monogamous human beings. The reason for this is that human beings have intercourse in order to find pleasure in it while animals due to it to survive and to produce children. Most people have sex when women are not ovulating, and without having procreation in mind, because the main goal for sex is generally for pleasure.

Stephanie Coonz, a History and Family Studies, Evergreen State College and author of The Way We Never Were: American Families and the Nostalgia Trap says that maybe biology may not be as important as we make it out to be. Maybe what creates a true impact on how we choose to live our lives are the environment around us and the culture we are coming from. For example polygamy would be more of a common practice in a place like Islam than in the US.

Living In a Polygamous Relationship 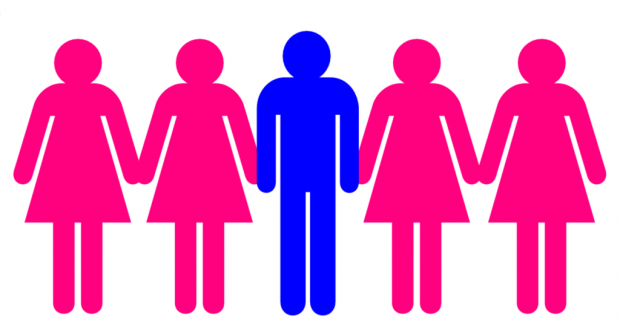 An online article by John Shore talks about a relationship with two women and one man. The way that this relationship developed was when a women joined the realthiship of her best friend and her husband. The new partner said that it was a difficult thing to wrap her head around at first because of the way she raised, but later realized that she was capable of loving both her best friend and her bestfriends husband in a sexual and healthy way.

Some complications brought from being in a relationship with two people is not only the factor of jealousy, but being worried what your community will think. Sadly many are not comfortable enough to share their relationship with the world, not even with there own children. They present themselves as a married couple who has allowed the girls best friend to live with them, and nothing more. Due to equal interest in their children’s personal life, they worked out a schedule in order to interact with them and be active parental figures in their lives. Due to the fact that the relationship is not known, the married couple is the only one who can be seen out in public. While the married couple is frustrated by this, the other woman is fine with it because she is not yet comfortable letting all of society know her personal life. They feel they should tell the children when they are older and can handle that level of information. However, the couple does always sleep together every night the other woman going into the couples room in the nights. They also claim that sexually three is never a problem and she shared, “Sexually, we have learned a lot about how three people can have an amazingly wonderful experience that feels like making love for everyone. We occasionally joke about the best-selling book we will write about how to have amazing threesomes.” This is a polyamorous relationship and how it works. Whether you agree with this way of life is up to you, the reader.

To read the full interactive story, go to these links: