Deadpool is finally back for the sequel that everyone has been waiting for! Back in 2016 Deadpool surprised us all with how funny and amazing the movie was and we have been waiting for the sequel ever since. This year it has finally arrived and it was all worth the wait. It was definitely way better than his X-men appearance. Right after Avengers Infinity War, Deadpool 2 was one of the most hyped movies of 2018. It got a 83 % on Rotten Tomatoes which is surprisingly the same as the rating for Avengers Infinity War. There are still other good movies on the way, but Deadpool 2 will definitely be one of the best ones of all 2018. 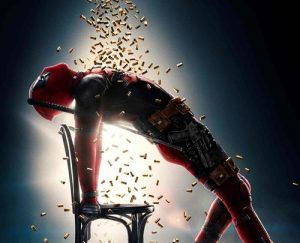 Deadpool 2 has of everything including  laughs, action, sentimental parts, all that makes a good movie. After a terrible event that affected Wade Wilson in a terrible way, he decides to finally team up with the X-men. They try to go perform a rescue mission, but things go a different way. Anew character is introduced, Cable, a villain with the ability to time travel. He had come back to the past to prevent something from happening in the future, but his intentions are not good. Therefore, this leads to Deadpool forming a new group called the X-force to stop Cable and save the day. 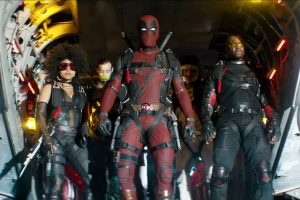 The movie was surprisingly so good. The movie had so many memorable moments like when Deadpool meets Cable or when Deadpool is finding members for the X force. Deadpool 2 is rated R so of course it is going to have some bad language and moments that kids wont be able to see, which should be taken account. This is another movie you won’t want to miss, so be sure to go see it for yourself in theaters and see what everyone has been laughing about! Also, it is a Marvel movie so of course wait for the after credits scene because you definitely don’t want to miss that.