By Betzy Antonio and Erika Tejada

After 3 long years without dropping a full length album, A$AP Rocky strikes back with aastonishing new project. Throughout the gap of time he devoted his work to minor singles and collaborations with SoundCloud rappers such as Blocboy JB and Playboi Carti. He also dedicated his life to be the trendsetter he has always been. Since 2015, A$AP hinted an upcoming album release but his fans were disappointed over such long delays. Whether Rocky’s plan in the music aspect of his life may have not gone the way he intended, the wait has said to be worth all the previous delays. Now that May 25, 2018 has passed, the wait is over and fans are eager to hear the project that took so long to be created. 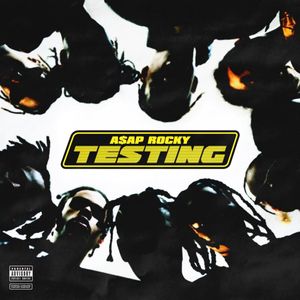 After experimenting with fashion for the past three years he has once again directed his attention to music. As suggested by the album’s title, “Testing”, the project was an opportunity to experiment. This is shown by prominent differences in each track. He told New York Times, “ I don’t completely know what I’m doing, I just know what I like and what I don’t like”.  This was his main inspiration for the whole album. He was basically mashing things together in the direction of whatever he liked. This is evident in the recording of “Praise The Lord”, which was written while the crew was high on LSD. Tracks like “Purity” and “Brotha Man” were the most outstanding since they deviated the most from the other songs.

As soon as you listen to the first few tracks you can tell that the lyrics of the album were the focal point. Rocky raps about being himself and not caring about the opinions of others. “Im a musical artist first, I think it’s time to give them what they need fuck what they want”, he stated when explaining his comeback. He takes all liberty and no censorship in what he writes. Rocky created songs that he genuinely enjoys and this gives the tracks a sense of freedom.

An initial impression of the album was that it was quite different but in a good way. The beats were very hype and the effort to make the album worth a listen can easily be heard. The lyrics were very thoughtful and quotable. Our favorite song of the album is “A$AP Forever Remix”. The song is a catchy remix and has memorable phrases like “I put New York on the map” and repeats gang several times. The song was remixed and Kid Cudi was then added to the track. Rocky was successful in delivering what the listeners had been waiting for. Every song is thoughtful and none of the songs seem like fillers. The guest artist featured in the album also fit each song perfectly adding to the quality of the tracks. 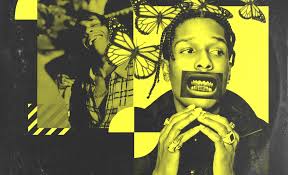 Overall the album was a success and is on repeat for many. The album is quite new and should gain more popularity in the following weeks. With the variety of styles in the album, it is appealable to everyone. From the fast tracks like “Tony Tone”, to more chill tracks like “Purity”, it is easy to find a song that suits your taste. If you have not yet listened to the album I encourage you to give it a listen.