The Batman is a new Batman movie with a new villain, new scenery, new story, and new Batman, the best movie of the year so far.

By Dennys Chay and Sergio Bejarano 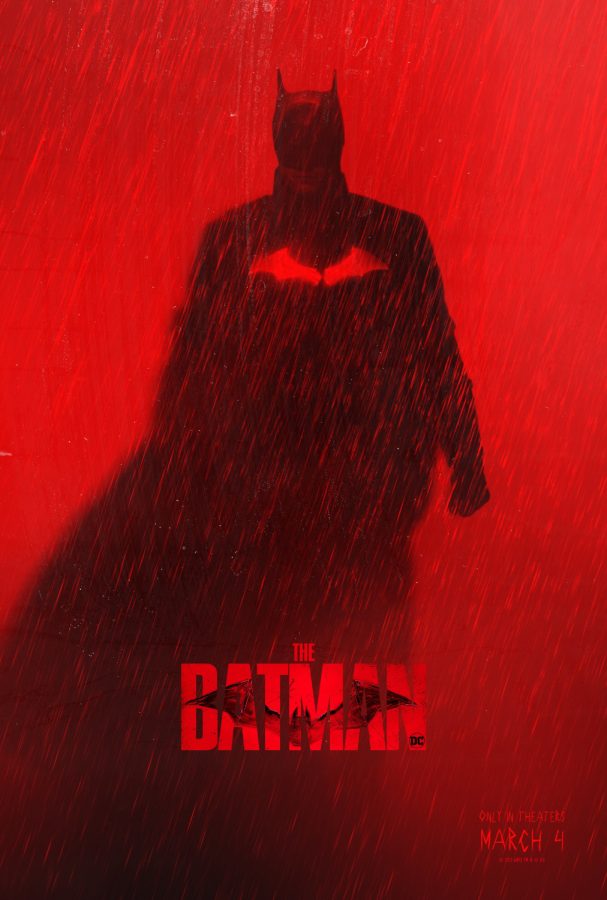 The Batman poster with release date.

The highly anticipated Batman movie has finally been released in theaters March 4, 2022 which was highly praised by both critics and audiences alike.

We came in with high expectations since the movie was the talk of the town and we can safely say that we left as new people.

Firstly, we thought that Robert Patterson’s performance as both Bruce Wayne and Batman was simply brilliant and a fresh new take on the character that we haven’t seen on the big screen before.

Every shot, every frame was so meticulously crafted that when you pause the movie at any moment, it looks like it can be used as a poster. The cinematography really was phenomenal. Great contrast of colors and lighting were astronomical.

The plot was well written, really feeling like a story straight out of a Batman comic book. The movie is a detective/hero film which perfectly fits Batman’s story and character.

The supporting cast added to the experience and added to Batman’s character with every interaction he had with them. The cast, Zoe Kravitz as Selina Kyle, Paul Dano as The Riddler and Jeffrey Wright as Jim Gordon really embodied the characters they were playing.

“That movie was beast. That guy was hella buff. I don’t know what he takes or does to work out. I wanna be like him and the movie even though it was 3 hours it didn’t even feel that long” said a student at APB who loves to watch movies.

We finally see a new villain that Batman has to overcome. Paul Dano’s Riddler really challenges Batman in a new way and makes him rethink his morals and what he stands for. His moral compass is pushed and tested like never before through his vengeful quest.

Many compare The Batman to Christopher Nolan’s masterpiece The Dark Night and rightfully so. This movie is not only a good Batman movie but a good film in general.

Many people are turned off because of the intimidating three hour duration of the movie but honestly the movie is so interesting that it makes you wish there was still more.

Even those who normally tend to side with Marvel have a lot of positive things to say.

Gio, a student at APB said, “The moves were pretty good. I’m not really into D.C but I feel like it was that good. I really liked how the actor plays,” showing his approval of the movie despite him having typical hard critics on D.C movies.

The movie cemented itself as one of the greatest films of the year among fans with its cinematography, action packed scenes, and especially with its fresh cast of actors which weren’t accepted at first but delivered in the end an absolute piece of artwork.