Is your phone racist ? IOS default keyboard offers a variety of different Emojis (or so it seems) to make conversations less dull and more fun. It is not until you take a look at the Emojis offered and pay close attention, it is noticeable most are predominately Caucasian. 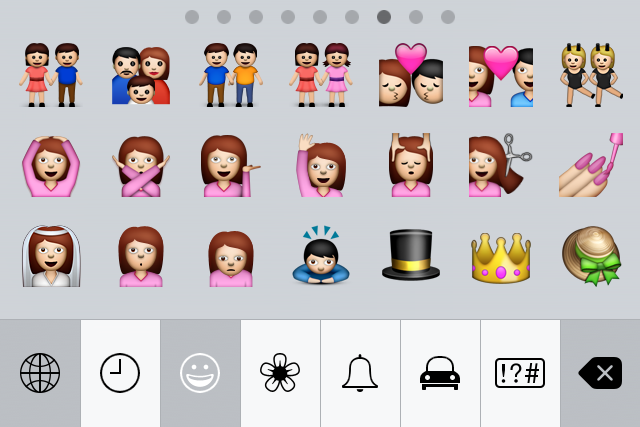 Out of all the emojis that show people, only two show a different race one that is Asian and another darker one wearing a turban. This issue was not addressed until people started filing complaints because they think this is racist towards people of color . The variety of emojis is not diverse enough for everyone . People think they don’t fully represent everyone who uses them

iPhone users complained , that if these emojis are being used pretty often it would be nice if they actually reflected the different people using them. Apple provides its users with IOS updates , so the people are now requesting that they add more variety to the emojis in their next update to have more diversity.

While some completely opposed, others had a more open minded approach to it. For example Ms.Freeman teacher at APB said “I don’t think the emojis are intentionally racist but maybe there should be updated versions with more options , I don’t think  people are  over reacting, apple or whoever comes up with them should just update a new version”.

Similarly, Lilly Chavez a student at APB said “they are racist because they don’t include all races they just have certain people and certain flags, it’s supposed  to be for everyone; They should make it more diverse add more to represent more countries. Personally I’m not offended by it but I can see why a lot of people are.

it might seem funny and irrelevant to others but some people actually get offended. in the emoji keyboard they have a smiling turd, animals , food , gay and lesbian couples and a variety of things . . . but no people of color. Do they have a reason to be offended or are people just being too sensitive ? is Apple  not being diverse enough ? Should more people  file complaints so that Apple actually does something on this issue ?