Students now have a choice on which transportation they want to take to their dream college, but which ones do they prefer? 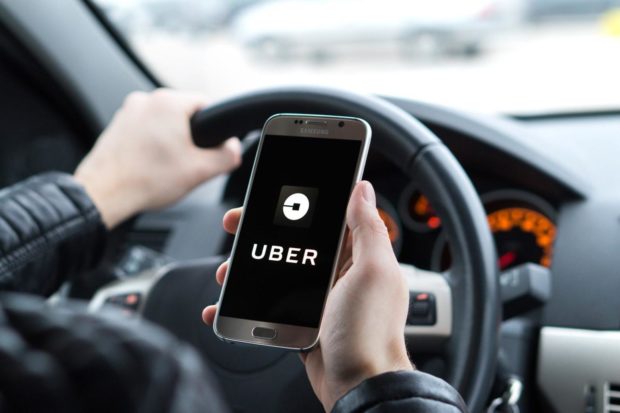 An Uber trip is one of the many ways to get to college as a form of transportation. Source: foragefunds.com

With Seniors graduating college in a month, and finally finishing their Financial Aid applications, there’s one additional option they have left to choose: How will they travel to college?

There are numerous options on how to get to college, even getting far away from home to another country outside of the United States. But to keep things simple, let’s focus on the transportation here in Los Angeles.

One of the more common ways to get to college is through a car. Everyone pretty much has their own car or 2 in their house. As this was the case here in Los Angeles, it’s not the case anywhere else in California, as people from Southern California would use transportation to get to their A point to B point destination. But buying a car is a big responsibility, especially if it’s a brand new car. The main factor that is very important is managing how much money they can afford to get a car.

When it comes to college parking, it heavily depends on which university you want to go to. For example, If you were to go to USC, then according to the website for USC, a monthly rate for college parking in somewhere like UPC Gold Structures, would cost a monthly $115. The pricing in USC depends on what location you would be parking. If you don’t want to pay money for parking, then you can go carpooling.

Carpooling is when people share the travels of one car and help them get to one location without having to struggle to get there on their own. Some examples of Carpooling include Uber or Lyft. Uber/Lyft costs depend on the miles spent to get to college. So let’s say we’re going to Cal State L.A. and you wanted to get an Lyft to get there. It would cost you $50-60 per trip, and would take you 40 minutes average to get here. When Carpooling with a car. It’s much cheaper than going on an Uber/Lyft, as you get to use your own car to college with a person or 2. The only thing that will cost you would be in Gasoline and parking costs. To make it easier, you could split costs with friends on the amount of money/parking you will pay based on the amount of costs there are in L.A.

And there’s another important factor of Car traveling besides parking: Gas prices.

Gas prices are an important factor of Car Transportation, regardless if you’re traveling to college, or Carpooling. Gas Prices can vary based on prices, which can either increase or decrease based on the current economy according to fueleconomy.gov. Currently, according to losangelesgasprices, it brings up that Arco gas prices are at a price of $5.39, making it the cheapest gas price for now, and the most expensive being Chevron with $5.99. There are other options if you don’t want to go to college by car.

Another option of Transportation is taking the Bus/Metro Rail. The Metro Rail has 6 Rail lines, which can take you anywhere throughout the City of Los Angeles. And the Metro Bus takes you to even more places in Los Angeles. The only thing that is required to transport is with a Tap Card. A Tap Card is a type of fare that lets people use the Metro without paying for every trip constantly. According to Metro.net, A bus fare would cost you $1.75 of 2 hours of free transfers to Metro. Other fares include a $3.50 1-Day pass, a $12.50 7-Day pass, and a $50 30-Day pass.

According to an interview with  Special Aid instructor Mr. Granados on how he transported to college, he brought up that, “At first, I took my bike to community college because it’s much closer. And at further colleges, I started to use a car to East Los Angeles College, and then later, to CSU Long Beach.” As for his preferred way to go to college in his opinion, “It depends, as I love using my bike when going to closer colleges as my preferred way, as I don’t have to spend gas or money on transportation.”

The conclusion here is that Transportation is a massive thing here in Los Angeles. It’s difficult at first glimpse, but if you can manage your savings and schedule, then transportation can be an easy thing to do when going to college.