Finally the ACT is over but now comes the SAT. Which is also an important test  juniors need to take. There is a short amount of time between these two important tests, giving students no time to relax since they are already stressed out about the first test (ACT) and then all of a sudden need to get ready for the next test (SAT). Others think, though, that the amount of time between the two test dates  is good since you don’t have to worry about the test and you can just get  it over with.

At APB, teachers mostly prepare students for the SAT instead of the ACT.  So when the ACT was close, a lot of students were stressed out about it since they felt they were not prepared for the ACT as much as they are with the SAT.

Once students were done with the ACT, however,  they now have to worry about the SAT that is coming up in in 2 days.

Not being prepared for the ACT stresses students out, since the test is thrown in the middle of SAT prep during junior year Guidance.. For the ACT students took a practice ACT in junior year, not giving students the same preparation they had with the SAT. Junior years Practice ACT was so long ago i do not recall what material was on that test. I don’t feel like it has prepared me at all. Maybe if we took it in closer to the actual ACT it would boost our score.

Colleges look at SAT score first which is why we feel the SAT is more critical than the ACT. Since the SAT is more critical than the ACT we should take the ACT at least 2 months before the SAT. If we take both tests at the beginning of the second semester with at least 2 months of difference between them will be much better. Since at the beginning of second semester we don’t have as much of work and students are not as stress as the end of the semester.

We prepare for the SAT way more than any other test we have to take junior year. All the stress caused by the SAT takes a toll on students and the ACT gives them a mini heart attack when they remember it is close. We take a little bit of tips pushed towards the SAT to the ACT. This doesn’t mean we are prepared.

We need more time to prepare for the ACT. We should get an equal amount of preparation for the ACT and SAT. Since the ACT is basically a backup score for the SAT score, more time and preparation working on similar material would be better since our score would be 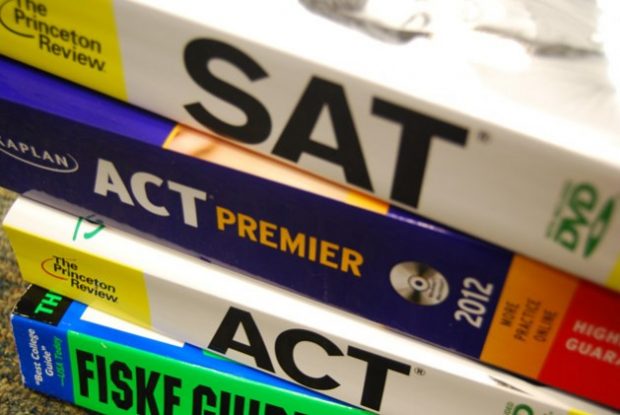 better. Considering APB is an award winning school and competitive, we should strive for our ACT scores to be high and improving.