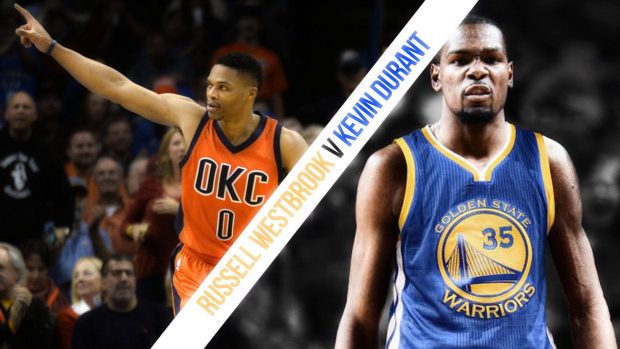 A game to watch out for in the 2016-2017 regular season will be the first confrontation between the Golden state warriors and the Oklahoma city thunder. November 3rd 2016 will be their first game and a really spark flying game for everyone to enjoy. What makes this game really interesting to watch? Confrontation between OKC point guard Russell Westbrook and GSW new forward Kevin Durant. Former player of OKC Kevin Durant during the off season was chosen to go to the GSW in which he agreed. The transfer has been called one of the worst and now Kevin Durant is hated among the OKC fans. Russell Westbrook has even stated that they never clicked as teammates and thinks nothing of Kevin Durant. Kevin Durant in the other hand has stated that he doesn’t care if all the people hate him. ESPN stated, “the basketball world will be tuning in to watch how the two interact with each other on Thursday” (espn.com). Yes, exciting it shall be and a game to start a spark between two former teammates for their race to the top.