After the school shooting at Marjory Stoneman Douglas High School in Parkland, Florida, gun control and the second amendment has been the topic of everyone’s conversations. This latest tragedy has struck up a determination and anger in many to fight for a change in gun control. Unfortunately for students who just want to be safe in the school environment, the topic of armed educators has surfaced. President Trump has been an advocate for this idea since his presidential debates in 2016. Trump argued that gun free zones in schools were, “Target practice for the sickos and for the mentally ill.” Even after the Parkland shooting he continues to stand by his statements. As he always does, he took to twitter to express his thoughts on gun free schools. He tweeted, “Highly trained teachers would also serve as a deterrent to the cowards that do this. Far more assets at much less cost than guards. A “gun free” school is a magnet for bad people.” Trump does not stand alone with this idea, the US secretary of education and vice president for the NRA also agree that guns would be highly beneficial. But how do teachers and students feel about this?

The majority of the school had the same opinions. They expressed feelings of hesitation and fear at the thought of armed educators. Instead, it was common to hear that gun control is the solution. One student who chose to stay anonymous stated, “Instead of giving teachers guns there should be gun control laws passed. The problem is still going to persist but better barricades is probably better than giving teachers guns, teachers can barely quiet students down.” This student did not completely understand why adding more guns to school would save lives. oThe truth is students do not feel safe in school. Not only do they have to fear dangerous people in the community, but with guns in school they would always be in constant alert. It is clear that some students might be in frequent fear, but what about the teachers?

Part of the armed teachers plan includes having harsh trainings for teachers to endure. This would ultimately mean that teachers would be responsible for the lives of all students in case of an incident. Ms, Edelman, 11th grade english teacher said, ”I think it’s really scary. I think it puts teachers in a really awkward position. We’re expected to become almost armed fighters.” Teachers expressed a discomfort with the idea of being expected to protect a classroom of almost 30 with violence. She then went on to say, “I think that the idea is a little misguided that instead of doing something about limiting or getting rid of guns instead we’re trying to fight fire with fire, it’s a dangerous precedent to send. It’s a slippery slope instead of having teachers have guns i’d like to see the government trying to limit guns.” If teachers don’t want to be the ones to directly protect us, then how do we avoid dangerous incidents like school shootings?

As of last week the administration has been getting emergency kits and supplies renewed and reviewing school safety. Despite this, school safety and security of the campus has stayed the same. School Security Officer Chewy said that guns, “Wouldn’t make a difference… after all we are still humans so if people have mental health issues they’re gonna do whatever they’re gonna do so I think giving them or not giving them guns won’t really make a difference.” Although some may anger at the argument that mental health issues are a bigger problem than gun control, mental health has been the one common thing among school shooters. So would the solution to these problems start there? 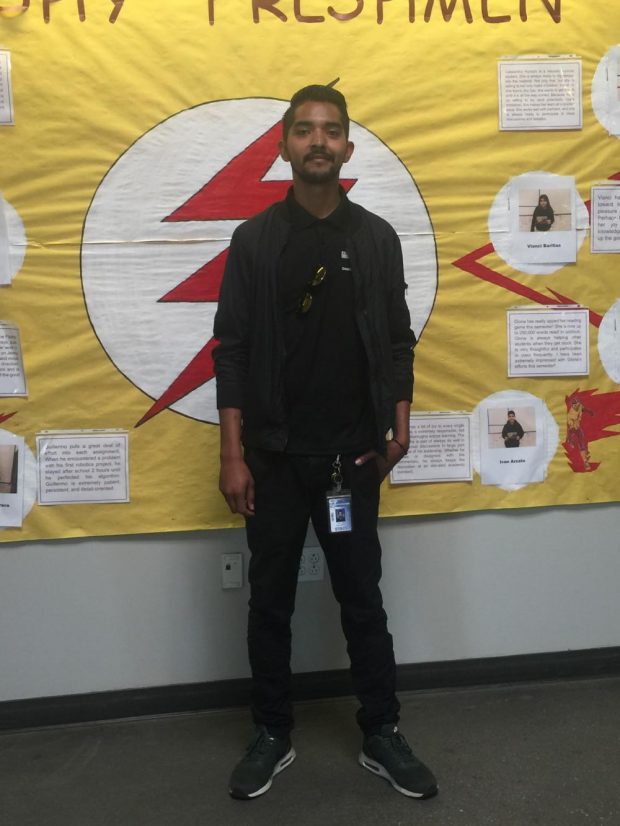 APB students have a reason to be fearful; the attacks have been random and its impossible to know if or when the next attack will take place. This is why it is important for APB students to speak out and voice their concerns to school staff and to our government. No change will come if we do not fight for it. On a smaller scale a part of the solution can be done here at our school. Prevention of bullying and kindness towards everyone can prevent mentally unstable students from holding grudges and resorting to violence. Something simple like including someone who is lonely, into your lunch table can make a big difference.