Reporters from the U.S. have been announced dead, and now the question is, “Will the U.S. go to war against Russia?”

By Christian Arellano and Jose Hernandez 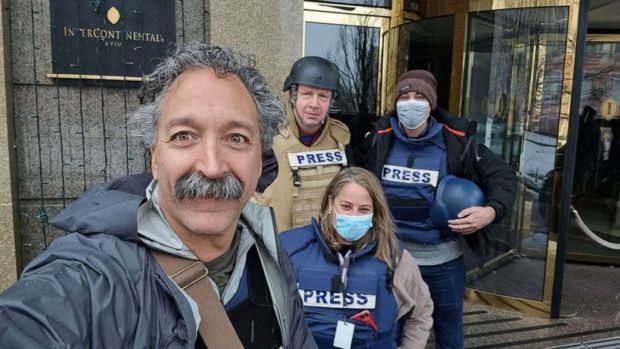 Last photo taken of the reporters before being killed/ABC News

During the Russian invasion of Ukraine on the week March 13th, four American and one Ukrainian journalist were killed in the crossfire between the Ukrainians and the Russians: Brent Renaud, Oleksandra Kuvshynova, Pierre Zakrewski, Yevhenii Sakun, Okasna Bolina.

American journalist Brent Renaud was killed in action in a suburban neighborhood in Kyiv—Irpin. A video has surfaced of a Ukrainian with a badge surveying the scene and in the background what seems to be the remains of Brent.

One of the reporters Oleksandra “Sasha” Kuvshynova, who is a producer for Fox News, was one of the reporters killed on March 14th. She was killed along with the rest of her crew in a vehicle she was traveling with, until it was struck by gunfire. Her role involved serving as a consultant for Fox News, helping with navigation, gathering news, and speaking with sources.

Another colleague of “Sasha” is Pierre Zakrzewski who was a cameraman for Fox News. He was an experienced journalist at 55 years old, covering conflicts in Iraq and Afghanistan.

The camera operator Yevhenii Sakun was the first journalist killed during the conflict at just 49 years old. His cause of death was from a TV tower in the capital that was hit by Russian shelling.

The final member of the group, Oksana Baulina, was covering the chaos in Kyiv on Wednesday at the same time her death was confirmed by an independent investigative Russian news site. She died due to Russian mortars that were fired killing Baulina and a civilian. Anton Herashchenko, the government adviser, mentions that she was not targeted purposefully. 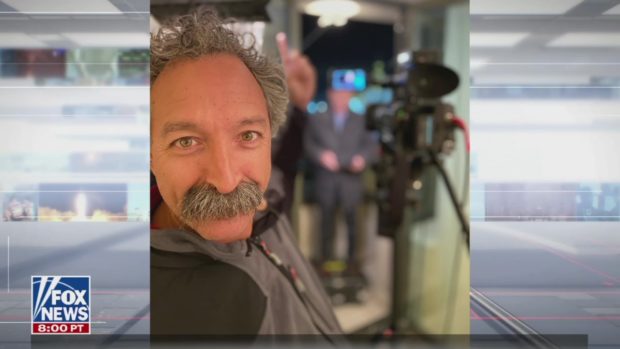 Live coverage of the reporters who were killed/FOX

American Journalist Brent Renaud worked for New York Times, HBO and Vice news. During the time of his passing his best friend and fellow colleague journalist, Christof Putzel presented himself on CNN to show his condolences and endorse his fallen friend. “FInding out about his passing… It is a debating loss to journalism today.” said the aforementioned journalist.

Pierre Zakrewski was an idolized member of the journalism community. War journalist veteran Pierre reported from Afghanistan to Iraq and beyond. With 55 years of experience under his belt, his colleague, John Roberts made a statement on Twitter honoring Zakrewski. “… He was an absolute treasure. Sending our most heartfelt prayers to Pierre’s wife and family.” Pierre was a Journalist for Fox News.

Similarly, Oleksandra Kuvshynova was sent to Ukraine with Pierre Zakrewski on the mission to report the ongoing conflict. “Sasha” was described as full of life, vibrant and selfless. Yonet Frilling, colleague of Sasha stated the following: “May her memory be a blessing.”

A response to one of the crew members. “We are deeply saddened by the death of Ukrainian journalist Yevhenii Sakun… killed in a reckless Russian attack on civilian infrastructure in Kyiv,” said CPJ’s Europe and Central Asia program coordinator, Gulnoza Said.

Another reporter, Okasna Bolina was also remembered and honored in a Twitter post. She was a “journalist with a phenomenal sense of moral clarity,” former colleague Alexey Kovalyov said.

For all of the reports mentioned above, there was an announcement by the US who have included all journalists fallen and have stated the following: ”We are shocked and saddened to learn of the deaths of the US journalists in Ukraine. This kind of attack is totally unacceptable, and is a violation of international law.”

As of this time, the US have no plans to join the war but are still steadily supplying resources and materials to the Ukrainians in cautious doses without provoking the Russians and involving themselves.

The US have noticed that the Russians are using illegal war weapons such as thermobaric bombs as well as cluster bombs and are attacking evacuation zones and safety bunkers. The US has officially stated that if any chemical weapons are ever used on US soil for drills or are used on any US citizens, President Biden will have no choice but to retaliate.

On the day of Thursday, February 24th, Russia began their invasion of Ukraine. Russian President Vladamir Putin decided to pursue the endeavor of conquering Ukraine when they were said to join The North Atlantic Treaty Organization (NATO).