Michael Brown was an African American teenager that was killed by an officer in Ferguson, Missouri.This young man was shot 12 times, even though he was unarmed.The grand jury that was in charge of this case decided not to charge Officer Wilson of any crimes. After the grand jury decided to not indict Wilson, many protesters decided to have riots and start fires in the city of Ferguson. It has gotten to the point in which they even burned the American flag. 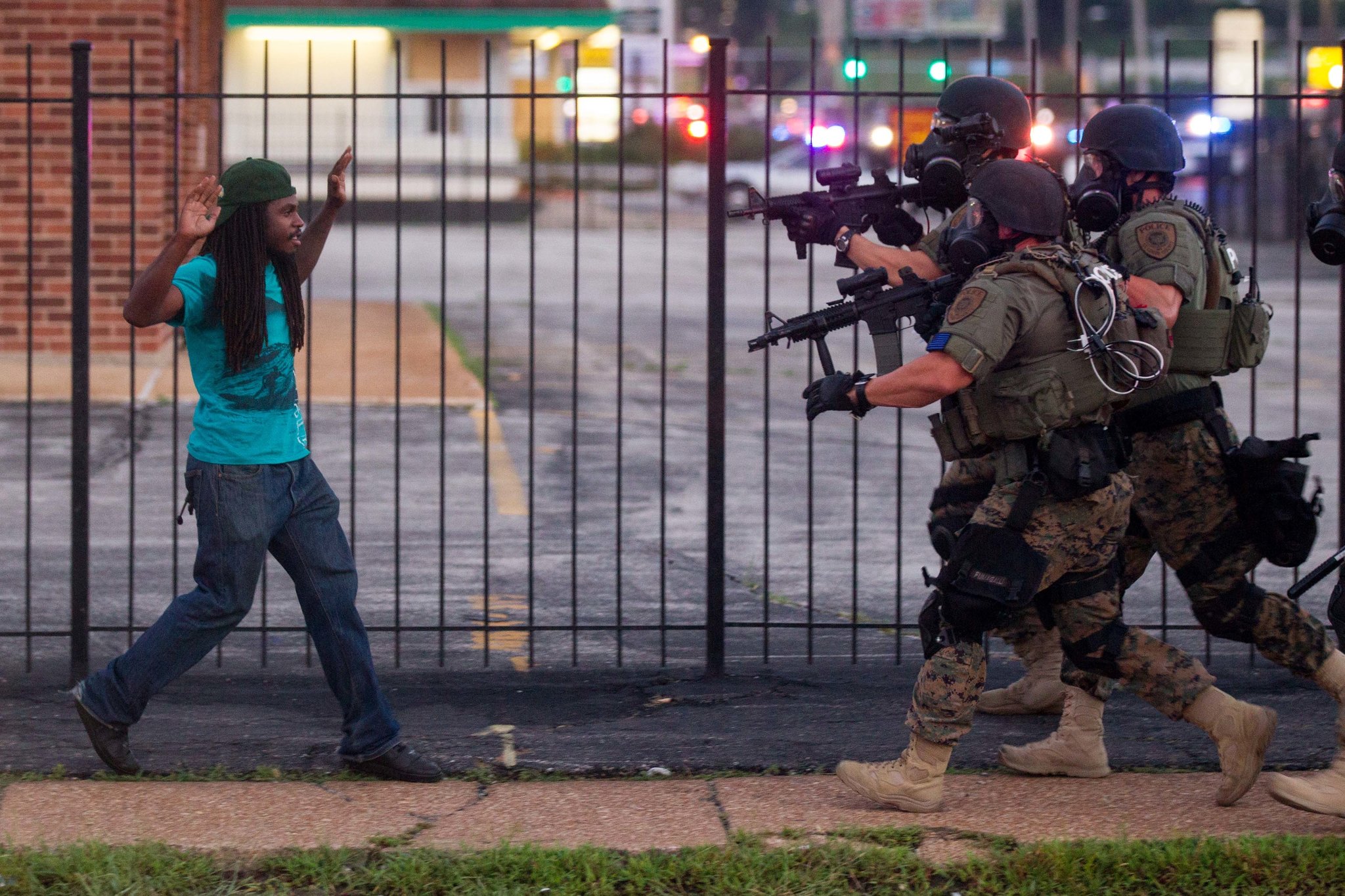 Officers are supposed to watch over us; instead they are in charge of killing innocent lives and since they have authority because they carry a badge–case closed. Protesters are mad that Brown was killed and no justice has been or will be made for him. Protesters have gone to another level. The peaceful protesting has become violent rioting and many got offended because of the incident that took place in St. Louis when protesters proceeded to burn the US flag.  Many disapproved of their actions and its clear to see why , but to understand why people are behaving this way they have to look at the set of events that enraged people.

People say it was the officers his duty to stop criminals like Michael Brown from roaming the streets. Being shot down multiple times  for a pack of “stolen” cigars does not seem like a reasonable punishment. This is clearly excessive force that the officer carried out against Brown. They justify his actions by saying he did what he had to do as a result of feeling threatened . Brown was 292 pounds and 6 foot 3 inches tall. Brown, by many eyewitness accounts,  put his hands up when the officer approached him as a sign of clear communication to direct to the officer not to shoot. And he still continued to open fire against Brown not once or twice but twelve times –twice in the heart. The officers actions cannot be justified taking in account Browns reactions.

This is clearly a race issue because if he was any other color but brown, maybe he wouldn’t be in a coffin. The system failed to make justice and these are the consequences when you don’t hear the voices of the people. You will push people to do anything to make their voices heard. Standing up for what is right is anything but wrong. Michael Brown deserves justice and that is exactly what he didn’t get. Now his family and friends will not stop until justice is declared for Michael Brown.  A gun was not the reason for his death. On the contrary, what killed Michael Brown was the fact that he was born a black man. This is always the common story a white officer using excessive force against someone of color. This is  due to the stereotypes that surround our society today about colored people, officers use what they know about people to decide what to do in a  situation based on appearance and stereotypes they assume things and proceed to take actions. In the case of Michael Brown  his race had a great significance on his murder. Racism is not just a feeling in fact racism just doesn’t happen from one day another but its time to get racism in your mental state as well as getting it out. Are officers killing or are they protecting our nation ?