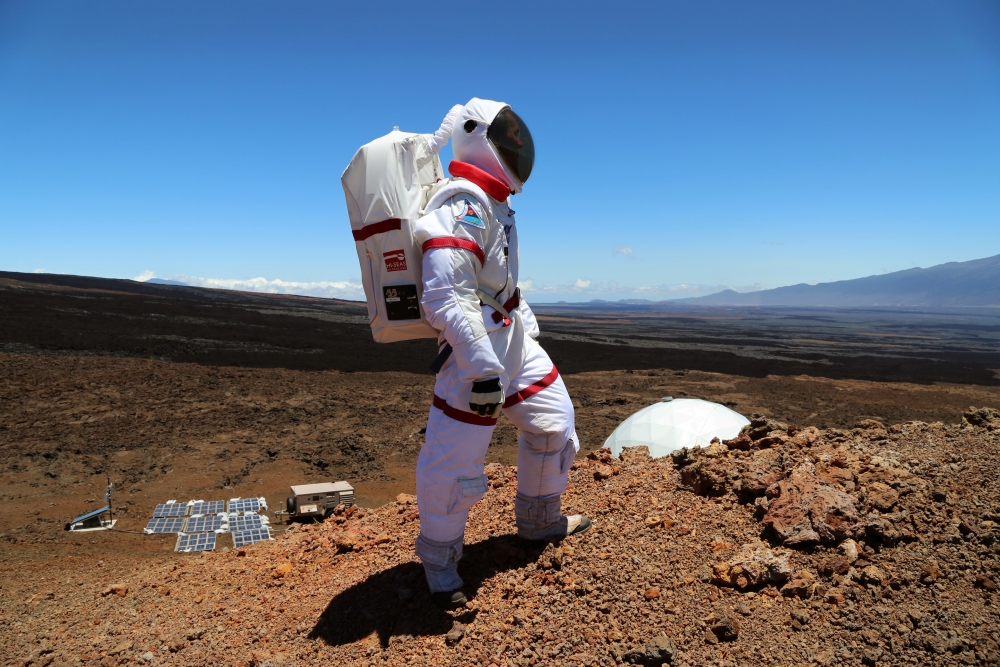 It has been 365 days since these “astronauts” have seen anyone else other than themselves.

A year long mars experiment mission has recently come to an end on August 28, 2016. The experiment was conducted on the rocky slopes of Mauna Loa on one of the islands of Hawaii and was meant to determine if it is possible for humans to mentally and physically survive in isolation, living on mars.

The crew consisted of six members,Carmel Johnston, Christiane Heinicke, Sheyna E. Gifford, Andrzej Steward, Cyprien Verseux and Tristan Bassingthwaighte, living together on a mock habitat of a station that would be on mars. The habitat (Hi-Seas) consisted of a 1,200 square foot dome powered by solar panels right next to a volcano to simulate a mars like habitat. The dome is almost entirely self-sufficient and the crew had to prioritise the limited supplies they had.

The crew had very little contact with family, friends and the outside world. Any communications the crew needed to make with the outside world had twenty minute delays to mimic how it would work on mars. When the crews water pump broke they only received water and food every two to four months to simulate how an actual problem would be handled. With the broken water pump the crew had to come up with new solutions. “Obviously we need water, so we all needed to work on that as a group” Heinicke recalled (one of the members).

With the such great results with past and recent mock mars missions, Hi-Seas has already seeked participants for the 2017-2018 mission. Potential crew members have already submitted their applications which were due on September 5th, for the eight month stay on the mock mars terrain.