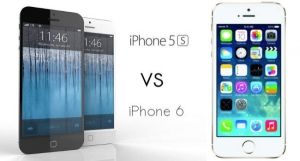 On September 19th, the new iPhone 6 was released and the company Apple already sold ten million of them. The iPhone 6 is not only an updated and better version from the other phones but it is the biggest one from the iPhones that have recently been released. However, rumors about them started to come about before this date many pre-orders in the Apple website were made just in the first day causing a crash in the website. Many of the customers were not able to pre-order the phone. The Apple company  found a solution to this dilemma and decided to make some of their devices available on September 19th,  but only in  certain stores. Some people even camped overnight to be on of the first ones to be able to get their hands on the  iPhone 6. Apple sold one million more I phones than last year and the previous year when the I phone 5s and I phone 5c were released. Seems like everyone is willing to take any risk to have an  iPhone 6. But, does bigger actually mean better or not? When students in Animo Pat Brown were asked this question these were some of the common testimonies  from two seniors that did not want to get their names published “bigger is not always better the functions that it can do is”. “The bigger the phone the uglier it is because it can not fit in your pocket. The truth is that there has already been cases in which some customers are dissatisfied because the phone bent in their pocket. The iPhone has some people dreaming while, others in a nightmare because they wasted their money and the phone bent.