Skyward Sword was released on November 18, 2011 for the Wii. The story in this game was taken to the very beginning of the Legend of Zelda timeline. It explained the reason for the evil king, Ganondorf’s, existence and how Hyrule came to be. The way this game was crafted was beautiful. From the story, to the graphics to even the movements.

When evil forces wanted to take over the power of the Triforce and rule the land, Goddess Hylia used her powers to take a piece of the land and send it high into the skies with her people. This piece of land was then known as Skyloft. Hylia stayed on the surface and managed to seal the evil spirits away. Her legend passed down for many generations which became and remained as the soul of 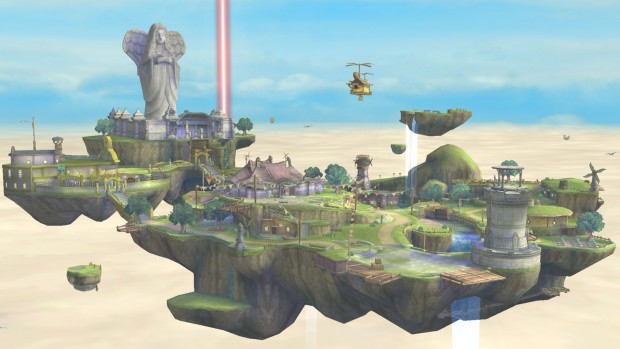 the people in Skyloft. In her honor, the “sky people” took the name of Hylains. Hylia’s godly powers have been put to sleep into the body of a girl who will carry the fate of the world when the seal breaks. As Zelda grows up and wonders about what is beneath the clouds, Hylia’s spirit awakens within her soul.

like and lively with colors. Both of those games gave very good impressions on their stories. Some people, however, did not like seeing Legend of Zelda games look like a cartoon. Therefore, some argued that the graphics were not well in Skyward Sword. Skyward Sword shows how much time was dedicated to the details of every part of the game. It gave an elaborate land to explore through and each place had its own unique setting that has not been seen in other games.

In Twilight Princess for the Wii, the movements for the sword were very simple. You would flick your wrist and Link’s sword will give good blows to the enemy. Skyward Sword, however, requires you to move as if you had an actual sword in your hand. You were not able to give simple flicks or else his attacks would not be effective. Skyward Sword allows you to have a good feel on using a sword for most moves. Of course, sometimes it could be a little annoying for the fact that the sensor bar and the wii motionplus do not want to synchronize with each other for a moment which would cause your movements to become a fluke. Another annoying moment could be when one is too excited defeating enemies and there is some sort of pressure being placed on them which would cause them to want to simply flick their wrist but it becomes unsuccessful. But the point of requiring the Wii Motionplus for this amazing game is to try to captivate you into Link’s journey.

When playing several other Legend of Zelda games, Skyward Sword would give

certain details about situations that occurred in other games which allowed connections to be made. For instance, the legendary Master Sword had no existence until Link had to go through a journey to find sacred flames. Those sacred flames forged

the sword into Master Sword, a sword powerful enough to seal away evil. Even though Skyward Sword is not the first game that requires Link to look for flames in order to awake the Master Sword, it is the game that establishes the idea that the Master Sword never existed until that journey.

Ganondorf is the son of the Gerudo tribe. A tribe of only girls were one son is born every 100 years who is destined to be their king. Ganondorf’s soul purpose is to seize the Triforce and conquer Hyrule. There has been appearances of other evil characters in other Legend of Zelda games such as Zant and Vaati. However, Ganondorf is the main antagonist in the legends. In Skyward sword, you mainly encounter a villain named Ghirahim who tries to seize Zelda before Link manages to save her. In the end of the game, when he is defeated you encounter a battle with the demon king, Demise. Knowing that Ganondorf’s appearance can change a bit due to the graphics in the games, at first glance, one could quickly assume that he is Ganondorf for they share the same characteristics such as the dark skin, red hair, and evil red eyes. But then the question arises as to why he keeps 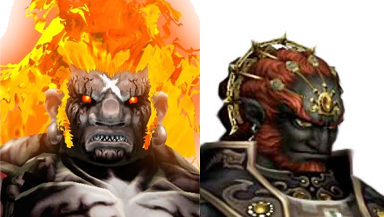 being named Demise throughout the story. Once Demise is defeated, he threatens Link and the land of Hyrule that his reincarnation with avenge him in the future. This reincarnation is referring to Ganondorf.

Skyward Sword has proven itself to be another amazing, thrilling, and entertaining game to play. As usual, the power within Zelda and the Triforce are bonded with each other in a very complex way. The puzzles within the dungeons are complicated but solvable. And there many side quest that allows Link to take breaks from his mission. Even though this game is said to be the beginning of it all, it gives many new aspects to the story as well as connecting all others.