Released on September 18, 2017, BTS’s 5th mini album was dropped as well as their music video for their main feature track “DNA”. “Love Yourself: Her” is a nine track album with beautiful music and wellwritten lyrics, as well as a lovely message to their fans: the ARMYs, and two hidden tracks. 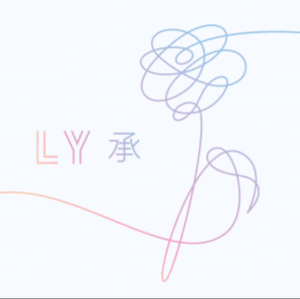 “Love Yourself: Her” album cover

The intro song  “Serendipity”, sung by Park Jimin, who’s part of the vocal line, is a very sweet romantic song that sets the tone for the album. It may get lost in translation, but the song conveys the feeling of the innocent aspect of love and the feeling of a first love.

“DNA”, the first track on the album, is a song sung by all seven members and follows the soft romantic intro song. This song is much more upbeat with a catchy whistle as the base for their rhythm. The song begins with vocal liner Kim Taehyung (V), who finally gets more lines. He gets to show off his baritone voice in this song, especially towards the end. Vocal liner and oldest member, Kim Seokjin (Jin) also finally gets more lines in this song, in comparison to their older songs and older albums where he would get very few lines in the songs. They also have a bit of a throwback when youngest member and vocal liner, Jeon Jungkook, raps a few lines alongside one of BTS’s rap liners, Min Yoongi (Suga), something he hadn’t done in an album since their debut days. This song holds the theme of soulmates and true love.

Their second song is a collaboration with American artists, The Chainsmokers, called “Best of Me”. This song is about how love brings out the best in them and how love can make them feel like they’ve found their other half. Aside from the collaboration, something that definitely wasn’t expected was the surprise and beautiful vocals from rapper Suga in one verse before switching back to his rapping style. The beat to this song is definitely one that you would probably hear over the radio and jam out to.

Smoothly transitioning from the rhythm of “Best of Me”, “Dimple/Illegal” is a vocal line exclusive song where, once again, Jin and V finally get more lines in a song. In this song, the vocal line gets to show off their voices and their vocal ranges to an upbeat rhythm about a girl with dimples they adore, with a beautiful harmonization and impressive high notes. They also bring in the now iconic line “So I’ll call you Illegirl”, which was similar to a line in their song “Beautiful” where they sing “So I can call you she-sus”. 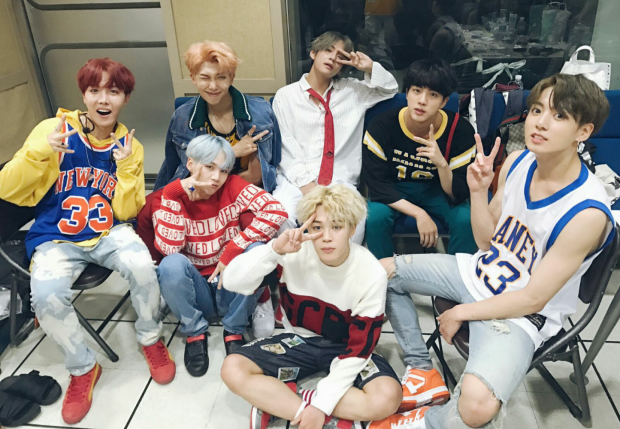 Four songs in, and all about love, the fifth song is a bit of a diss track. It’s not uncommon for BTS to have diss tracks in their albums. They have a series of rap line exclusive songs called Cyphers in four of their albums which are diss tracks to the groups’ haters. One of the more famous cypher is to rapper B-Free after insulting Suga, Jung Hoseok (J-Hope), and Kim Namjoon (Rap Monster) and saying they aren’t real rappers for being in a boy band. However, unlike the cyphers, the fifth song on the album “Pied Piper”, is a diss track to their own fans. Before jumping into a riot, the diss track is sung by all members and calls out their fans for their obsession with the group. Some of the lines in the song, once translated from Korean, are “Now stop watching and study for your test/Your parents and director [teacher] hate me” and “But stop, interpret the music video later/You have so many pictures of me in your room anyway/It’s not just one hour, it’s a whole year that’ll disappear”. In short, this song is BTS’s way of telling ARMYs to focus on their studies and to not let BTS consume their lives. It’s a diss track with good intentions.

“Mic Drop” might as well be an honorary Cypher with the lyrics promoting the group’s self confidence as well as lyrics that set back any negative comments towards the group since their win at the Billboard Awards that boosted their popularity. They fall back onto their hip hop roots in this song’s beat and lyrics, including the now iconic line “Did you see my bag? Did you see my bag?” The song is also said to be inspired by former President Obama’s iconic moment, according to an interview with group leader and rap liner, Rap Monster. In BTS’s first performance of the song, Suga did precisely what the lyrics said- he dropped the mic at the end of the song.

The next song, “Go go” is a bit of a meme in both its lyrics and even the dance that accompanies it. The beat is upbeat and bouncy, with a flute-like baseline beat. There’s a reference to Nemo from Finding Nemo in one of J-Hope’s lines, the old yet still persistent phrase “YOLO” in the chorus, and just overall boyish fun throughout the song. This is also another song where Jin and V get more lines, and in fact, seem to be the main vocalists in the song as well.

In the outro song “Her”, the rap line raps about how love is crazy and complex but is something everyone can look for and deserves because it can change someone for the better. The beat to the song is similar to one of R&B and ends the album on a relaxed note.

One of the hidden tracks is an eight minute skit called “Hesitation and Fear”.  It begins with the audio of their Billboard win and you can hear BTS tease their manager, Bang Shi Hyuk, about being their fan after they catch him watching the video of their victory. They then start to discuss how time flew by since their win and how they’ve grown, almost in disbelief. They discuss old memories from their debut days and you can’t help but get emotional as you listen to it and realize how far they’ve come and how far they still have yet to go.

Their second hidden track in their album, “Sea” is also an emotion inducing song with soft soothing vocals and lyrics, as well as music backed by audio of waves crashing on the shore. You might not understand it all, but the song will surely bring you to a state of nostalgia and even a bit of melancholy, much like how its title makes someone feel. The song is prominently rap liners but what the vocal liners contribute really ties the beautiful song together and the outro to the song, provided by V’s deep toned vocals, leaves a haunting feeling behind. The lyrics themselves leave a haunting feeling as well as it’s about acknowledging the storm that comes before the calm in our lives.

Overall the album is beautiful and definitely worth the listen, even if you don’t speak the language or understand what it’s saying. But that’s the beauty of music, you don’t have to speak the same language to feel the meaning behind it or enjoy it.