By: Bruce Mondragon and Marilyn Arredondo

There are many things that people eat regularly and they feel as if it’s normal but others may find it being a extremely unusual choice of food. What I discovered when interviewing students here at Animo Pat Brown, is that Hot Cheetos can be eaten with almost anything, including mixing it with yogurt, corn, or mixture of lemon and tuna. They also had questionable choices of sandwich options. Have you ever thought of switching out your mayonnaise for peanut butter in a cold cut sandwich Or putting a green burrito in a sandwich between your ham and cheese?

Then there’s ketchup, does it really go with everything? People like eating ketchup with rice or dipping their carne asada, pupusas, pizzas and quesadillas in it. Others said that they enjoyed putting there saltine crackers on a napkin and turning on the water faucet until they became soft and mushy. Others prefer to eat their saltine crackers with cup of noodles or tostadas with noodles. Some people mix foods for health choices such as oatmeal with chia seeds, to be heart healthy and fight off cholesterol! The one that I found most interesting was the person who enjoys marinating steak with doritos.

Weird Foods Around the World

If you feel as if any of those options are weird you will be delighted with what people eat around the world. Including bugs, dogs, and animal intestines.

Which are the larvae of a venomous ant species that lay their eggs deep down in the roots of agave or maguey plants in Mexico. These are often fired with butter and combined with multiple spices.

In those areas they eat cow heads and Feet in stew they leave it boiling until the meat it very soft and falls of the bone. They pair it with thin soft tortilla called Lavash bread which they then break into small pieces to go into the broth. It is traditionally eaten in the morning and people drink vodka when eating this meal.

In japan they eat shirako. Shirako meaning “white children” or sacs of sperm. This food is made both is pan fried in butter with a little hot sauce or raw in sushi. Personally I would prefer to eat the female eggs (caviar).

Our soft fluffy companions happen to be the main ingredient in this unusual  plate. The dog meat is cooked in with many ingredients including green onions, perilla leaves, and even dandelion leaves. This is the most commonly made dish from dog meat but as the years progress it has become widely criticized. 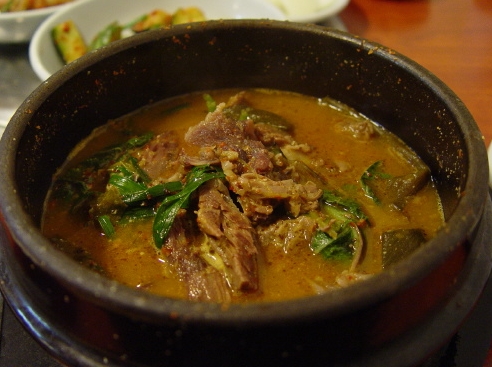 This food is Sardinian sheep milk cheese in which they purposely introduce larvae and let the cheese decompose until it become very soft and then sell it with the live larvae. Some people choose to take out the larvae because they can jump up to .6 inches when startled but others leave it and it eat it all together. The cheese was outlawed due to health problems but is it available in the black market but can go up to double its price. 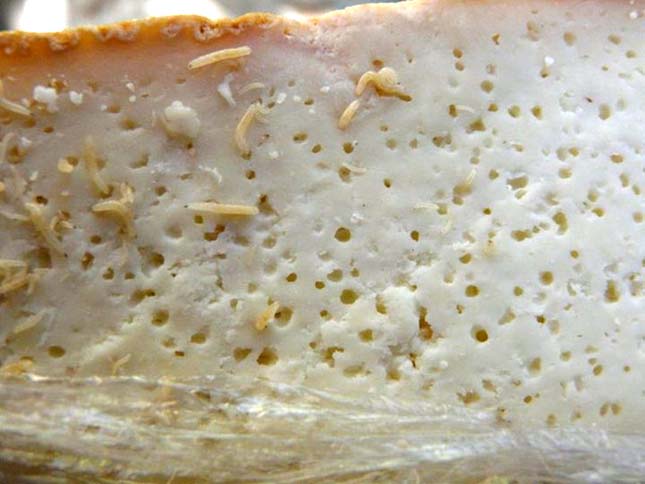