Having to survive only in boxers and one coca cola soda can, Harrison Odjeba Okene survived 3 days, 30 meters underwater neighboring an oil field at approximately 120 kilometers away, somewhere in the Atlantic Ocean.

On May 26, the Nigerian cook has begun his day around 4:30 am and was in the restroom when suddenly he felt a great shake and was “dazed” as he was “thrown from one end of the small cubicle to another” as he confessed in an exclusive interview with Nigeria’s national newspaper.

After some time had passed he began to get extremely worried when he heard the sound of fish,shark or barracudas, he supposed, eating and fighting over something big. As time went on and water had finally filled half of the cubicle in which he was trapped in, the temperature began to drop. The water dropped to freezing level. During that process he played back a metal tape of his life –remembering his mother, friends, mostly the woman with whom he hadn’t  yet fathered a child.

He then began calling the name of God. He repeated with much plead, Psalm 54 to 92. He would say, “Oh God, by Your name, save me… The Lord sustains my life.” 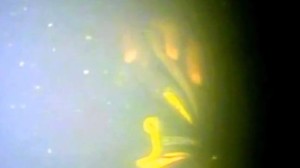 As Tony Walker had already found 4 bodies he thought that Okene was just another corpse. Instantly Okene stuck his hand in the divers direction and was able to be save. He was rescued by first being warmed up with hot water, then a oxygen mask was attached to him. 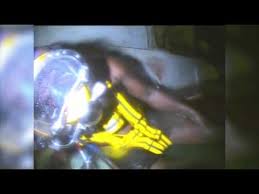 Once free from the sunken ship he was put in an decompression tank and was taken to the earths surface.b Mr Okene was a lucky man, was it because of divine help or simple destiny? We’ll let you decide.