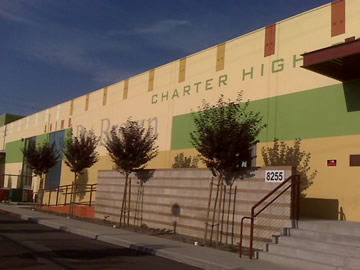 Currently, there are more than a fifth of all students in the LAUSD enrolled in charter schools. That number would rise to almost half of the district’s students if charter organizations and their benefactors come to a realization.

Charters schools have put significant pressure not only on traditional schools but to its students. As a result, many students have improved not only at the elementary level but at the high school level. According to Mr. Harford, Animo Pat Brown students are at a much higher high school level than other public schools in the county. This is because in APB, we have highly effective teachers who bring the best education to students.

Furthermore, if there is an expansion of charter schools  there will be a high need for high-quality teachers and administrators. Since this would require a high amount of teachers, it would deepen the on going nationwide teacher shortage.
Overall, more charter schools could bring academic excellence in Los Angeles.