October 1, 2015; Roseburg, Oregon. Students at Umpqua Community College were going through another day of school. However, a regular day at college quickly became tragic as Christopher Mercer-Harper walked into a classroom killing 10 individuals (including himself) and injuring 9 more.

Survivors of the shooting describe the tragedy as horrific and surreal. They recall the shooter, equipped with two handguns, being ready to kill and showing no mercy. In fact, the shooter even killed a handicapped women, for attempting to get on her wheelchair. In order to save themselves, many victims played dead in hopes that the shooter would not kill them before police arrived.

When police did arrive, the shooter and police engaged in two-minute shootout, until Harper committed suicide. However, the damage was already done, and many laid dead and injured.

Immediately following the shooting, President Barack Obama delivered a statement in which he stated his support for the victims’ family. However, President Obama stated that the grief Americans feel towards the victims is important, but “does nothing to prevent this carnage from being inflicted some place else in America next week or a couple
months from now.” Furthermore, Obama suggested that if no gun control laws are enacted, mass shootings will be habitual.

Considering the circumstances of the Oregon shooting, President Obama has a strong basis to argue for strict gun control, despite 2nd amendment rights. For instance, the Oregon shooter showed obvious signs of depression and erratic behavior.

In fact, the shooter wrote that he “felt the world was against him.” Also, he seemed frustrated with the fact of not having a girlfriend and other problems. In addition, the shooter express 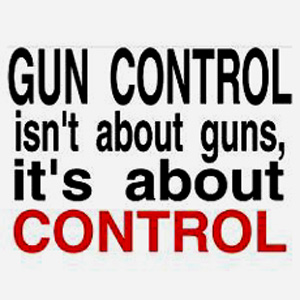 ed some hate against organized religion, which might be related to why the shooter asked for his victims’ religious standing before gunning them down.

Despite these strange behaviors, the shooter was still able to get his hands on 13 firearms legally. Aside from these weapons, Harper also had many rounds of ammunition and a flat jacket in his possession.

Evidently, it is worrying how easy it is for someone dangerous to get not one, but multiple powerful firearms. For this reason, many gun control activists have been pushing for mandatory background and mental health checks for those who wish to obtain guns.

However, those who oppose gun control argue that conducting background and mental health checks will be a direct violation of the 2nd amendment which allows all citizens to bear arms. Specifically, these checks will exclude some citizens from having the right to own a gun.

Another hot topic after the shooting is whether schools should allow teachers to bear arms on campus to potentially avoid tragedies such as the Oregon and Sandy Hook Elementary shootings.

However, 12th grade English teacher Katy Bruski believes this situation should be solved not through teachers having guns, but through a more thorough and difficult process to acquire a gun.

Specifically, Bruski stated, “My preference would be instead of me becoming a self-defense guru, states could pass much stronger legislation so people won’t get guns.”

Bruski also supported background and mental health checks as she thinks it can prevent firearms getting into the wrong hands. When asked another thing that could be added to the process of obtaining a gun, Bruski suggested vouches (testimonies from others). For example, a person that would like to get a firearm would have to get 5 vouches to prove they are stable and responsible to bear an arm.

“There should definitely be a requirement, to purchase a firearm, to get a mental health check,” Johnson said. At the same time, Johnson, spoke against giving guns to teachers. Instead, he thinks that training teachers on how to behave in hostile situations would help more in states of emergency.

Daisie Gervacio, a junior, also agrees with Johnson’s idea of training teachers to respond to dangerous situation rather than give them guns. Furthermore, Daisie stated, “It is not a great idea to have guns in a school due to the fact that there is a high possible chance that a student will get a hold of them.”

Overall, it is detestable that it takes a tragedy to bring gun control to the attention of the American government. Yet, all we can do is try to avoid that more blood is spilled due to our irresponsibility in giving guns to any individual.