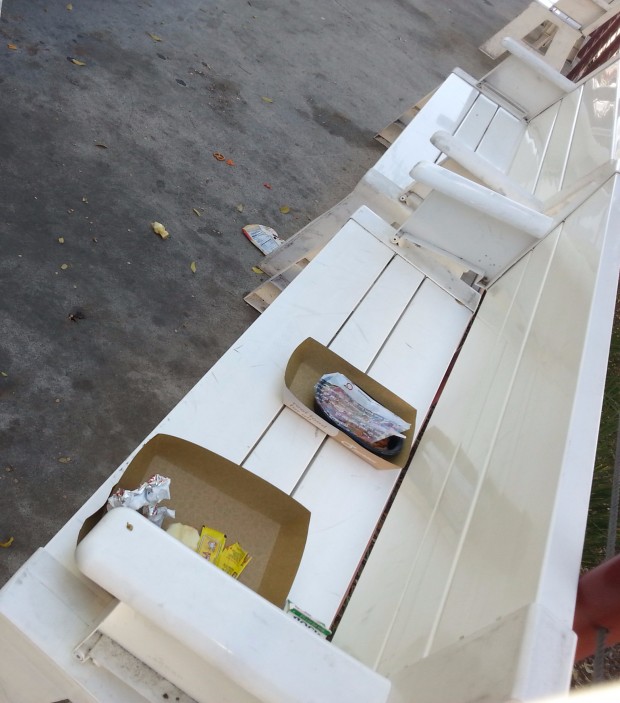 Students leave trash and sometimes the entire food on the benches

In Animo Pat Brown there has recently been trash outside of school. Some students after they eat they throw their trash anywhere. They do not  throw it in the trash cans like they are suppose to do. Instead, they leave their trash under or on the benches. The trash after so many days, becomes rotten and stinky outside the campus.

Every student in Animo Pat Brown should pick their food once they eat because if they don’t,they should be given some type of punishment so that next time they won’t do it. One thing  that students should do in order to keep the school clean is to pick the food they are  going to eat in the lunch line. They should not pick extra food that they are not going to eat.

Besides leaving  trash anywhere, students throw away good food to the trash without being untouched. Food can be seen in the trash cans without being untouched and eaten. Nationally, the cost of wasted food overall, including milk meats and grains, is estimated at more than 1 billion dollars annually. This food instead of going to the trash can, can go to people who are actually hungry. Some of us students, are inconsiderate and decide to throw healthy fruits instead of saving them so we could eat them later or returning them back to the box of fruit. 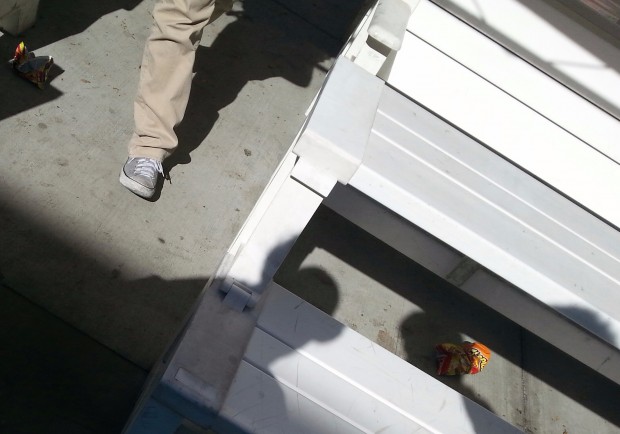 “Flaming Hot Cheetos” on the grounds of APB.

To solve this problem, students should just pick the food they are going to eat so that they won’t throw good food away or leave it on the grounds because it was not good. Students should look at the food announcements all the time before getting food. If they see that they do not like the menu, they should buy something from the vending machine. The food in the vending machine might not be healthy but it will get students to eat their food. However, when it comes to throwing their trash away, some still leave it on the grounds.  Required students to eat the lunch food can be a major problem because there would be more healthy foods thrown away in the trashcans or left untouched on the floors.

Furthermore, instead of giving detention to students, students should go pick up trash outside of school. In detention, some students waste time and don’t do any productive for themselves or for the school. If for detention they are required to do pick up the trash in school, they will be doing something beneficial. They will also in a way, learn to be more educated by knowing that they have to pick after themselves when they eat. It is not the responsibility of the people in Green Club or anyone to clean for them when they can do it themselves if they had some consideration.