Lights Out could not have audiences waiting more for the roll credits and the lights on. Though producer James Wan has delivered many successful horror films (The Conjuring, Insidious, Saw), this one definitely falls short. Set in the quiet suburbs, the film focuses on Rebecca an 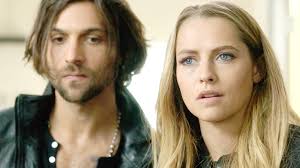 d her younger brother Martin who realize that their mother’s schizophrenia may actually be something much more sinister. The movie preys on a childhood fear of the dark and relies on jump scares to frighten the audience. Though the first few cause startles, the constant onslaught eventually makes them predictable and boring. The plot starts off slow but then speeds up a bit too quick. This causes viewers to do double takes more than once.  Additionally, the actors do a poor job of making the characters believable, causing the audience to lose empathy for them. In all, Lights Out should do do only one thing: stay off and out of theaters