By: Dasie Gervacio and Arisbeth Aquino

The topic of rape has always been difficult to discuss when concerning societal issues. Rape has been lingering behind the scenes of every society or community because of the fear and discomfort that it brings out of everyone.

Although rape is not being talked about, there are several people being raped everyday. Most are women but men run the risk of rape as well.

According to the RAINN Organization, one out of ten rape victims are males from the ages of 18 to 24. College students are five times more likely to get raped than a regular 18 to 24 year old.

Could it be that our silence on rape has allowed it to continue happening? Our silence on this issue is only part of what we as a community have been doing wrong. By not addressing the different types of rape, there is a generalized definition of rape. This causes misinterpretations of rape; therefore, the need of rape awareness and education is essential to combating rape.

Most schools provided Sex education also known as Sex ed, in which they teach the topics such as safe sex, abstinence, STDs and so on. Most sex ed teachers emphasize safe sex, but spend less time on the lesson of consent. Students must know that when either partner says “NO” it means no and their decision should be respected. 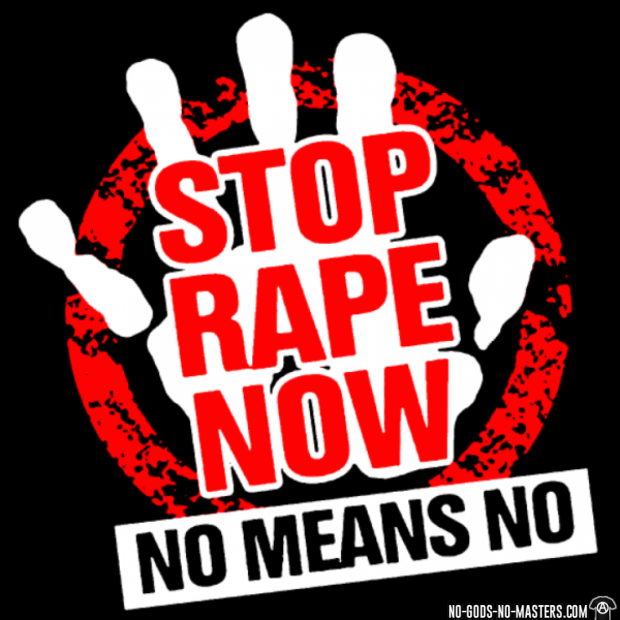 However, the lesson of consent comes into conflict with the way sex is portrayed in films. In most films, there is no question for consent when a two people are about to have sexual relations.Therefore, since the audience does not see either partner asking for consent it can result in the misunderstanding of rape with regular sex.

Planned Parenthood Peer Advocate, Carlos Rodriguez states, “Not asking for consent is seen as the norm in our society”.

In addition, most times rape scenes in movies are very stereotypical. For example, a woman is walking in a dangerous area or is being surrounded by a group of men and she is violently beaten and raped. However, there are other ways people can be raped. For instance, there could be rape among partners when there is no consent or sex is forced upon.

Spanish teacher Ms. Yokota acknowledges that understanding rape “depends on the kid”
Rape awareness among the youth and the general public is a very low. Most people know it exist and that it happens but that’s about as much as they know. There are some kids or teenagers that mature a little faster and can fully comprehend the issues at hand when being taught about sexual consent and rape. However there is always that handful of teens that can’t really process what rape is and don’t exactly know how to approach it without feeling uncomfortable.

To  establish a better understanding about rape among the young people, Sex Ed classes should stress the importance of such understanding because the more aware these young people are, the healthier choices they will make when they get older and form relationships.

Rape should not be taken lightly, used as a joke, or brushed aside. It should be addressed on a global scale and we should all help to find a solution that can lower rape percentages for every gender.