By Arisbeth A. and Santiago V.

In school, teachers struggle to maintain students focused on power point lessons and getting them to engage is like pulling teeth. The most common distraction in the classroom setting are electronics like cell phones, Ipods, etc. However, a new device has caused an uproar in the student population across the nation and most importantly in APB.

This Fidget Spinner have been around since the 1990’s but they began to spike in popularity in the month of April. Kids in elementary and middle school have become engrossed in them and now these spinners have reached our high school. Fidget spinners are meant to alleviate or provide some sort of cure for things linked to stress, ADHD, autism, or anxiety. The majority of the students at APB have bought one of their own and have been using it in class.

The fidget spinner is meant to help students or people in general but has it become a problem? The Fidget Spinner has taken over many schools and adults are not approving this distraction. Teachers are stating that they have become a huge distraction in class. Students are too focused on spinning the fidget spinner and losing important material in classes requiring them to make it up after school or causing them to fall behind.

Mr. Griffin along with other teachers agree that although the fidget spinner does create a distraction, it has gotten as bad as they thought it would. They say that the fidget spinner isn’t the only cause for distraction as of right now. Some teachers say that since it is the end of the year, students tend to zone out more and get easily distracted by what they have at hand. Maestra Yokota stated that fidget causes some distraction but “not more than any other object that students find amusing”. 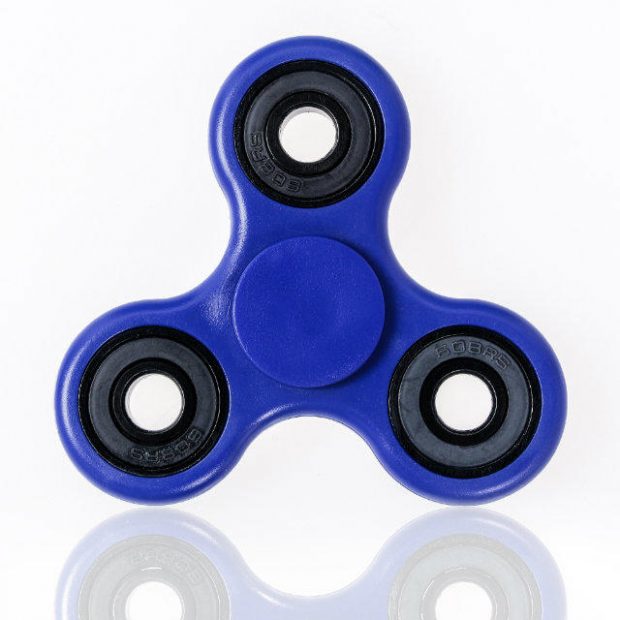 The teachers at APB understand that students may use it to let out some of their anxiety or to focus but they are aware when it is really becoming a big distraction in class. When it gets to that point teachers may take it away but it is rare, instead they give a warning and just tell the students to put it away. According to Mr. Ramos, there hasn’t yet been a huge case of fidget spinner confiscations which is a good sign because it still hasn’t gotten out of hand. Even though students are entertained with these spinners, here was consensus among the teachers that they hope it will end soon. Ms. Bruski stated that they are so “irritating and irksome”.

Its questionable how long these fidget spinners will be popular. Some say it will last maybe three more months and then just disappear like Pokemon cards and Pokemon-Go or Tech Decks. Others say it will be forgotten the moment school is over.