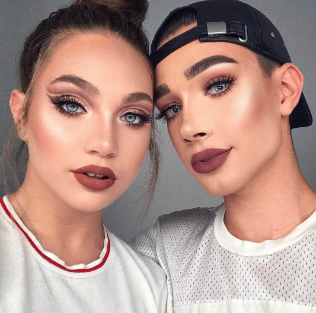 The question has received different answers for many years now. Many people believe that is gender neutral and anyone has the choice to wear it. Others believe that makeup is only meant for females. People who believe makeup is only for women say they feel uncomfortable when they see a man with makeup. It could also be insulting to females because it seems like a man is lecturing a woman how to be a “true” woman.

Some people argue that makeup on men makes them look “gay”. Many men argue that if they wear makeup, it will ruin their manhood and reputation. Stereotypes play a big role when deciding what is right. Men feel like they need to look masculine and tough, not “pretty”. However, there are no rules in makeup. If wearing makeup makes you happy, wear it. Gender should not matter because it is all about feeling confident.

People who argue that men should not wear makeup believe that the cosmetics industry has “brainwashed” women into believing that makeup will make them more attractive. Cosmetics industries want to expand their market to men so that way they will make more money. People who are against men wearing makeup feel like makeup should not be on men because of stereotypes.

Some strongly believe men are not supposed to wear makeup because they are not women. Others simply argue that makeup on a masculine face does not look good. Some women think that makeup is made to enhance feminine features. Someone who is against men wearing makeup would argue that when males wear makeup, it does the opposite because a male is more masculine which makes their face better structured.

From 4000 BC through the 18th century, Egyptian males used makeup within their culture. Men even wore heels and wigs. However, it stopped and it stopped for a reason. Men are told to be the idealistic “man” and just that. A man should be able to wear makeup if it makes him feel better about himself.

Men should be able to wear whatever they want just like women should. They worry about their appearance and think a little makeup can fix that. Makeup does not and should not affect their sexuality. There is nothing wrong with men wearing makeup. Makeup is sometimes considered art. Everyone has the right and freedom to wear anything that makes them confident without being judged. Men often fear about the reaction society will give them once they see them wearing makeup. This is when their insecurities kick in.

Makeup can make their confidence skyrocket. Everyone is different and that is totally okay. Junior Yasmin Valencia strongly argues that “makeup has no limit or gender” so any person has the right to wear it. Men have the right to express themselves in the way they want to. If a man wants to hide blemishes or any small scars in the face he has the right to do so.

James Charles, Manny MUA and Jeffree Star are all males who are not afraid to go out in public with a full face of makeup on. At age 17, James Charles made history by being the first ever male CoverGirl. James Charles is a famous makeup artist and currently holds 1.7 million subscribers on YouTube where he constantly uploads makeup related videos. Jeffree Star is also a very successful makeup artist and has a YouTube channel all about makeup with an outstanding 5.3 million subscribers.

Amazingly, Jeffree Star is not ashamed of being a male who wears makeup because he even has his own makeup line called Jeffree Star Cosmetics. Manny MUA is a YouTube star, makeup artist, beauty blogger and beauty influencer. The makeup artist has a big 3.5 million subscribers on his YouTube channel which mostly consists of reviews and makeup tutorials. He is the first male ambassador for the makeup brand Maybelline. Manny MUA has collaborated with many makeup brands over the past few years like Makeup Geek, Ofra Cosmetics, Benefit Cosmetics and even Jeffree Star Cosmetics.

Men should not feel afraid to wear makeup out in public. People should not judge a male who wears makeup. Stereotypes are affecting the way we think a person from a certain gender should look and act. Makeup helps everyone feel more confident. Anyone can wear makeup, guys and girls. Makeup is art and makes us feel good about ourselves. Men should not be restricted from worrying about their appearance and wanting to improve it. 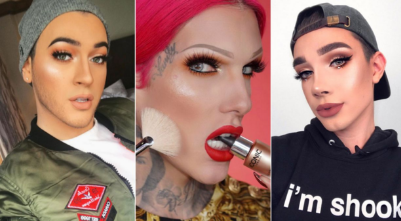