Super Smash Brothers Ultimate is a mega-crossover fighting game, developed by Bandai Namco, Nintendo, and Sora Unlimited. A game with crossovers from all beloved Nintendo characters, and even some third parties, like Metal Snake and Sonic. It is currently the 5th installment in the series, and it’s the biggest. So now, a month later, I have been able to conclude my initial thoughts and review of the game. I will speak of most aspects, including the single player “World of Light” mode, and of the competitive side of the game.

I am an above average player, with some tournament listings, and decently high placements, so I like to think my review of the game will have some validity. 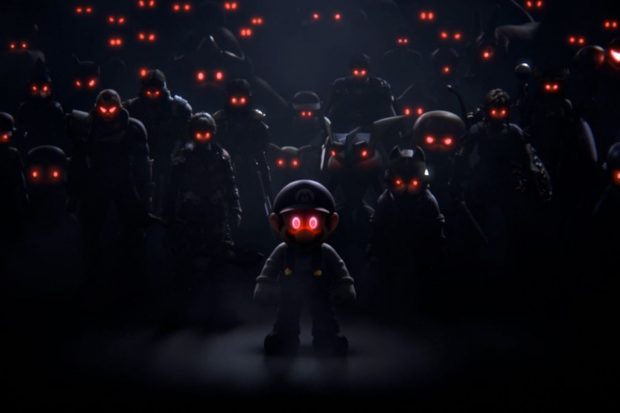 Now, I was really bummed out when I saw that there wasn’t going to be a “Subspace” like mode, that was featured in the third installment, Brawl. But this doesn’t downside the story elements that World of light has. Without spoiling much, World Of Light is essentially an Avengers Infinity War tragedy, where literally everyone is dead, with only the pink puffball, Kirby, to save them all. The main villain(s?) of the gamemode take all the characters and turn them into husks for other non-playable Nintendo characters to take over their bodies as spirits. This is the basic premise of world of light. You fight spirits, that have taken over shells of the main characters in the game, which all seem to have unique abilities from said spirit, and “free” them. You do this until the final boss(‘s?). My verdict is that, as disappointed as I am not to have a proper story mode, I have to acknowledge that this was a fantastic mode. The ending and most fights were challenging, and provides at least nearly 60-70 hours of game time. The art style of the map is excellent, and some hidden puzzles throughout the maps are great.

It is still your basic smash concept, deal damage with combo attacks, grabs, blocking, and of course, smashing, but it’s a great mix of Melee, and Smash for Wii U. The hit stun is just enough to actually have really fast combos, and this makes for very fast games. The recent tournaments have showcased this in their streams. Momentum is very present in this game, but so are comebacks.

One thing they did change however, are perfect shields. Originally added in smash 4, perfect shielding was done when you put up your shield 4 frames before getting hit with an attack. This triggered a sound cue, and allowed the shielder to react out of blocked attacks much faster. However, because of the nature of this, it rewarded slower reacting players for very little effort, or even a slowed reaction.

In ultimate, this was changed to parrying, where if an attack hit 4 frames after letting go of shield you get a quick flash, your characters eyes would flash bright, and you would put your enemy in freeze stun for 11 frames, basically bypassing nearly all the shield stun. This allows only very precise timing to cause a parry, and rewards very skillful play.

This is the character Fox “parrying” a forward smash from Roy.

The game is still in a very young age, as it has only been out for about a mouth or so. There are still only a few tournaments, with the most anticipated one currently being Genesis, but the game is still going to grow, and get better. Balance changes will occur, and with the very recent announcement of Joker from Persona5 in the works as a DLC character, the games life will live on for the time to come. In a scale of 10, I give it a 9.