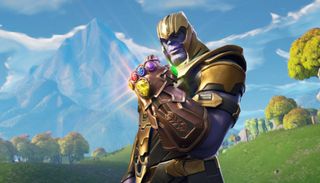 Avengers: Endgame broke box office opening week records by making $1.2billion in just 5 days. The movie received relatively good reviews and praise from audiences and critics. Avengers: Endgame was good movie with serious and sad moments, but also had comedy thanks to the comedic relief, Thor played by Chris Hemsworth and Bradley Cooper who voice acted Rocket Raccoon. The comedy in Endgame was subtle and was not forced in like some other superhero movie. Avengers: Endgame starts after the event of Infinity War, when Thanos relentlessly pursued the Infinity Gems to achieve immersive power for himself. To sum up the Avenger: Infinity War, the Avengers did not successfully defeat Thanos resulting in him killing off half of the Universe.

The movie starts off with Hawkeye, played by Jeremy Lee Renner in an emotional scene with his family  doing some family bonding then everyone disappeared signifying that Hawkeye’s family got Thanos snapped. The movie has some decent character development. Some characters cannot forgive themselves for losing the battle to Thanos, like Hawkeye and Thor. They become lost in their way or do not have the will to continue doing superhero deeds. For instance, Hawkeye will go around the world mercilessly killing organized gangs like the Mexican cartel and the Yakuza, something that an Avenger would not get involved in. Thor became isolated from the last living heroes and also became overweight because all he does is drink beer and only comes out to get beer. Not all heroes have sad outcomes, some characters like Bruce Banner, played by Mark Ruffalo, learned to co-exist with Hulk and control his anger ever since he lost to Thanos, being able to be Bruce and Hulk at the same time.

The movie has some really tragic moment and can be really upsetting to the fan of the Avengers. Natasha Romanova also known as Black Widow, played by Scarlett Johansson sacrificed herself to require the soul gem for the Avengers. Another sad moment for the MCU was the death of Tony Stark, when he put on his makeshift gauntlet the gems were too powerful for him to handle and he succumbed to his injuries inflicted from the gamm from the gems. The ending of the movie was fitting as Iron man was the first movie into the MCU and the first one to leave the MCU.

Overall the movie was a pretty decent movie with some part that I disagree with like the death of Black Widow because she is one of my favorite heroes and she has an upcoming movie about her past. Also the movie starts off with slow then it picks up in the 30 minutes, like all action movies. However the comedy does make up for the slow pacing. Finally the revival of all of the heroes was the really the best part, as you see every hero coming to help defeat Thanos. However, the movie does not show a lot of screen time for Captain Marvel, she only makes brief appearances, I would have like to see more of her, so her character could have been developed even further. Avengers: End Game is not as good as Avenger: Infinity war because Infinity war had more action and better character development showing how desperate the heroes are when Thanos was wrecking every single hero.

Besides the movie being slow paced in the movie had some really controversial decisions like the giving the title of Captain America to Falcon instead of Bucky. Many people thought that it would be the Bucky also known as the Winter Soldier to take up the popular title. However, I think this is an excellent way to push more diversity into the MCU. Another conroverry is when the studio decided to make Thor overweight, many people claimed that being fat should be the butt of the joke and that Thor being fat is not funny. However I disagree because I think that physical comedy can be funny if done right and Avengers Endgame did it right by not just making Thor rely on his obesity to make jokes.

The best part of the movie was the how good it looks. The special effects are realistic and the laser beams, explosions, and costumes look really good. The settings of the Avengers HQ is better looking, and the when the movie showed the different places they go to all look unique. The soundtracks for “Avengers assemble” gets better with every movie and its is no different. The ending soundtrack for Captain America is really romantic as he finally gets his last dance, a happy ending for him.

Finally, the movie was a major success and no doubt there is going to be more super heroes movies and more Avengers movies in the future as it is lucrative way of making money for Marvel and Disney. Marvel is on a roll with their movies and I hope that the companies continue to make really good movies like the Infinity saga.