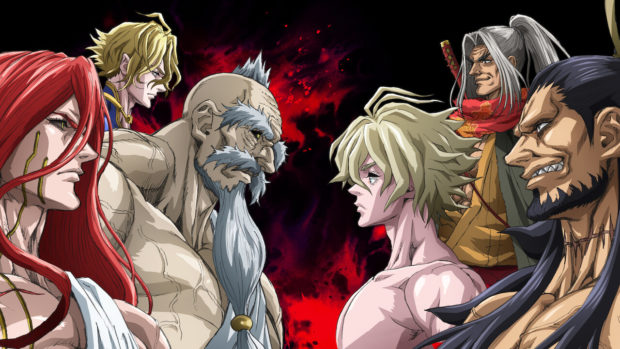 Picture it — a battle for the fate of mankind between humans and gods in 13 epic duels to the death. Sounds like the ingredients for an amazing action anime right? Well Netflix’s “Record of Ragnarok” manages to bore you to death even with that plot.

The show suffers heavily from bad pacing and minimal actual fighting scenes. It took essentially 4 episodes for one fight to start and finish and that may not sound bad, but when you realize only about 5 attacks were thrown the whole fight, it just becomes sad and extremely disappointing.

Although I love Dragon Ball Z and the whole Dragon Ball series, the slow pacing in both shows are extremely comparable and the only difference is that something is actually happening during the fights in Dragon Ball Z. This is essentially the only problem I have with this show and it totally kills it for me.

Everything feels so slow and boring and I had to force myself to watch it which is not what I want from an anime.

I will give credit where credit is due, there are some positives with this show. For one, the character design is extremely well done. The characters look sharp, clean, and like gods would look.

Another positive would obviously be the plot. The plot is so interesting and thrilling. By a good anime production team, I could definitely see this as being one of the best anime out. I also enjoyed the people they would put in as challengers for the gods for example, Jack The Ripper and Adam the first human on Earth.

The flashbacks depicting the origins and upbringing of the characters was also something I enjoyed, because it felt like I understood why they were fighting and were chosen for these duels.

With that being said the show just comes up short in almost everything you want out of an action anime. Fight scenes are disappointing and the pacing really kills the fun and enjoyment out of the show.

Really, “Record of Ragnarok” just falls flat and is extremely disappointing considering how good it could have been. The show is like a new restaurant you want to try and when you go the food arrives burnt or undercooked. Just disappointing.