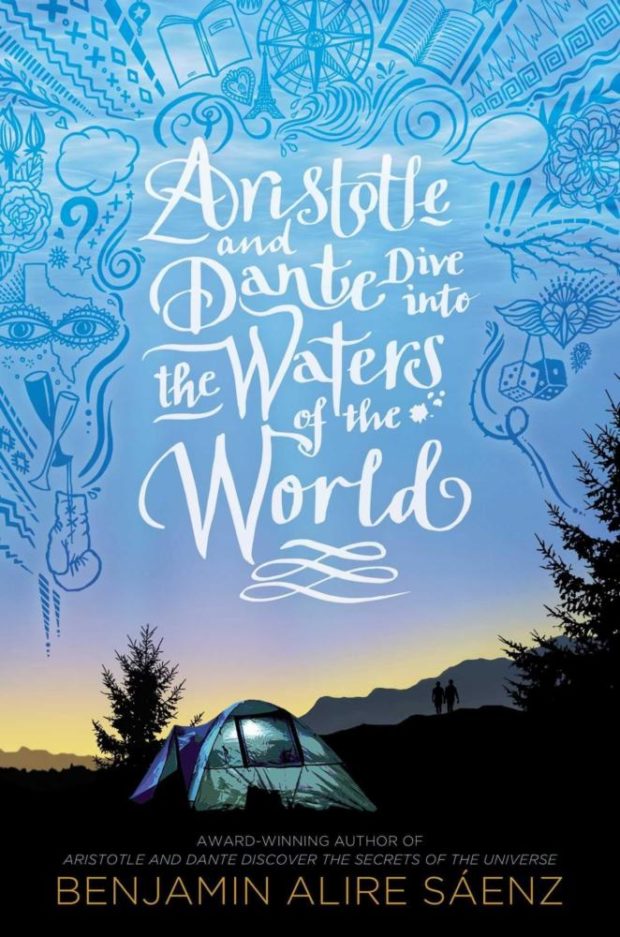 Benjamin Alire Sáenz’s award winning book “Aristotle and Dante Discover the Secrets of the Universe” gets its long awaited sequel after a 9 year wait. In 2012 we were introduced to Aristotle “Ari” Mendoza, a boy who hated the world and himself; then he met Dante Quintana, a boy who was just about the complete opposite of who he was and showed him a different perspective of the world.

After reading “Aristotle and Dante discover the secrets of the universe” for the first time, it immediately became one of my favorite books. I often find it hard to relate to characters and stories, but I found myself relating a lot to the way Ari felt and the confusion of not knowing how to navigate the world.

Just like many other fans, I had high expectations and hoped that the sequel lived up to the original and thankfully it did for the most part. In the sequel “Aristotle and Dante Dive Into The Waters of The World” we see how Ari continues to grow as a person  and learns to live in a world that doesn’t accept who he is or who he loves.

Although Ari’s meeting with older brother Bernardo was not how I imagined it to happen, it still made for a good scene because it gave Ari closure and it freed him from a burden he had been carrying around for most of his life.

As much as I want to say this book is perfect, it still has some flaws. Despite being much longer than the first book, it still felt like the ending was rushed and added in as a last minute plot twist that didn’t add anything significant to the story.

Aristotle and Dante’s story will be one that I find so much comfort in because of how relatable it is for those who feel like they are not able to express themselves or for those who don’t know their place in the world.