The battle for the Stanley Cup trophy has already begun in the NHL, with the first round finishing today.

Chicago has already qualified to round 2, defeating the St. Louis Blues in their series, 4-2. Los Angeles is facing the San Jose, the team they eliminated in round 2 of last year’s playoffs. This year, they are currently losing the series to San Jose, 3-2, so if they hope to advance, they will have to eliminate the Sharks with the same series outcome as last year, that of 4 to 3.

The third California team, the Anaheim Ducks, has also made it to round 2, eliminating the Dallas Stars, 4 games to 2. 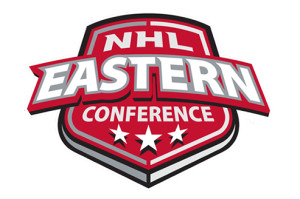 Tonight, 3 games will be disputed, all game 6’s. In the Western Conference, the L.A. Kings try to force a game 7 against the San Jose Sharks, just as the Minnesota Wild will against the Colorado Avalanche. In the Eastern Conference, the Columbus Blue Jackets want to get the upset over the Pittsburgh Penguins, who currently lead the series 3-2. Tommorrow, game 6 between the Philadelphia Flyers and the New York Rangers will be held.