By: David Garcia and Carlos Rodriguez

Like every year, EA Sports has just released their new game, FIFA 16. However, unlike all other years, this year FIFA 16 was highly anticipated as it brought about new changes never before seen in previous games.

Probably the most talked about of these new features is the addition of women’s national teams. This means that you can play as the US, German, Brazilian, Mexican, and 8 other female national teams. Regardless of what many thought,
EA did give some high ratings to many of these female players. Among the highest rated women are Hope Solo (US), Marta (Brazil), Christine Sinclair (Canada), Amy Wambach (US), Megan Rapinoe (US), and Carli Lloyd (US and the highest rated at 91).

Considering the importance of adding women to a FIFA video game, many female soccer fans have been thrilled with this new feature.

In fact, APB Chemistry teacher Melissa Roselman is one of these fans.

“I think the addition is awesome,” Roselman said, “it is inspiration to many young women who would like to play.” Roselman also said that having Alex Morgan on the cover of the game shows that women are just as capable to be play on the level of male athletes. To end, the APB Chemistry teacher added that she would like to see other video games also add women.

Another big addition to the new FIFA game is the FUT Draft. This new game-play allows the player to select a formation and then chose from 5 random players to fill in all starting XI  subs, and reserve slots. However, before you go on filling slots you must choose from 5 possible captains. 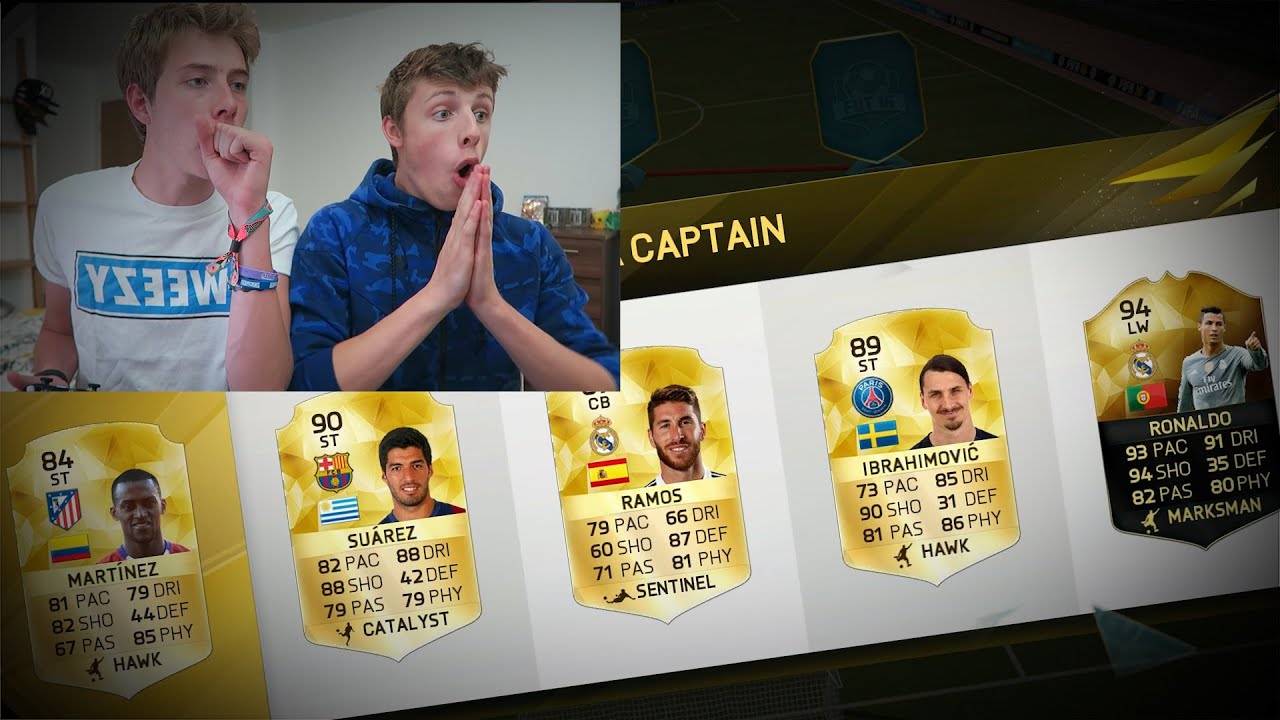 Youtuber W2S with a difficult FUT Decision to make

The good news is that these captains are usually high rated players that are well-known. Also, inform cards are also available as options for the Fut Draft, so you could end up with an inform Ronaldo in your Fut Draft squad. Overall, the main objective is to build the best squad possible in terms of rating and chemistry to then compete with other players online.

It is also notable that you do receive nice prizes depending on how many matches you won and the goal difference with which you won those matches. The most popular of these prizes usually include gold packs, jumbo gold packs, and etc.

In fact, check out Youtuber Zweback try out Fut Draft.

With no-touch dribbling, by using the left bumper button (XBOX One), player
s can now dribble the ball without actually touching it. Thus, this can allow players to swerve and do body feints. Also, this new dribbling will can be used when your player
is moving or stationary. Although this sounds like a small change, no-touch dribbling makes FIFA 16 more realistic than its predecessors. For example, in real soccer many high class player make their way across defenders by dribbling without touching the ball. In short, you will now be able to dribble through defenders, without touching the ball.

Some of the best passers in the game

Another big change is the sluggishness of passing, in this FIFA. Specifically, passing is not as an easy of task as it was last year. This year defenders are smarter and more realistic, making  difficult. Therefore, it is vital to gain a midfield that has good passing stats, rather than things like pace, which is not as OP as last year. Accordingly, midfielders such as Ozil, Gerrard, Pirlo, Fabregas, Silva, Kroos, and Iniesta will be helpful additions to Ultimate Teams.

If you are more into the online side of FIFA then you will be happy of what is new. Have you always got mad at how your defence wasn’t performing like they are supposed to? Well a new feature improved the performance of defenders where they actually mark a player when they are trying to make a run or close up when they are needed to. You are also able to use a new thing called Trainer mode Which is able to help you improve your passing or even your shooting. If you are into the competitive side of FIFA then you can play this new game mode called the interactive world cup, but I warn you it’s for the best of the best.

Though many of these changes sound great, not everyone has enjoyed them.

According to Luis Martinez, a junior Gryphon who plays FIFA 16 on his Android, the new FIFA is a bit worse than the previous game. In fact, he says that the new FIFA 15 update is much better than 16 in most aspects such as game-play and pack openings.

However, he did acknowledge some pros. “The game feels more realistic,” Luis said, “and I like that you can actually go head to head with your friends now.”

However, not everyone agrees with Luis.

He enjoys FIFA 16 because it’s like a fantasy to him. “You get to enjoy your team winning and sometimes you get to experience what losing feels like.”

Although he enjoys the game there is still some flaws. Jesse does not like how the game is still broken at times. He even says to himself, “Why did I buy this?” Yet, overall he prefers FIFA 16 over FIFA 15.

Regardless, FIFA 16 promises to be an interesting game with its new additions and realistic gameplay. Whether it surpasses FIFA 15, that’s up to the player.