The Super Bowl first happened on January 15th, 1967 a day that will forever be remembered as Super Bowl 1.  The Super Bowl is a championship football game between the AFL and NFL teams for the Vince Lombardi Trophy and a super bowl ring. The Super Bowl has been greatly mo
netized with its million dollar ads and their half-time show, its is still however a great game to watch… usually. There has been some boring games in the 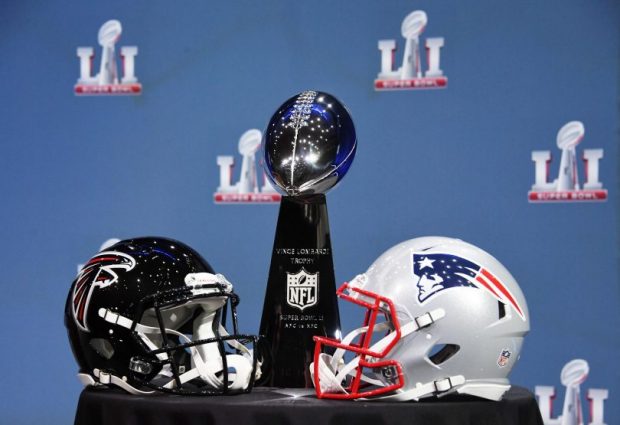 past(some include complete blowouts) like Super Bowl 48, which was 43-8 or Super Bowl 50, which was 10-24. Above all else the one thing that any person could want is a good, challenging game between two great teams.

This sunday, The New England Patriots are going to face up against the Atlanta Falcons in the Super Bowl LI. I personally have money on the Patriots because their star player Tom Brady has the most appearances in the super bowl while the Falcons don’t have the same experience. But there still are the few people that like to go for the up and comer and the falcons have shown that they are capable of greatness. Falcons have their own star players, most notably the amazing Julio Jones #11 who is the fastest runner in the NFL. This is why the Super Bowl is exhilarating, because both teams have earned their spots in the final game of the season, so in theory both teams have an equal chance at victory. Atlanta is considered the number two most cursed city in America when it comes to sports, right behind Cleveland. This win would spark the flame of hope and encouragement for the city for the better.

Super Bowl Sunday is an

amazing time, a time where families can get together and celebrate the greatness that is football. Even for those that aren’t the biggest fans of the NFL that the amazing Super Bowl ads and
the half-time show to look forward to. The ads have gotten better and much more expensive with a single ad costing $4.5 million dollars. Then there is the half-time show presented by Pepsi which seems to get better every year with performances including people like Coldplay, Katy Perry, Bruno Mars, and this year Lady Gaga.  These celebrities attract all viewers, no matter their inter
est in Football.

This is post-Super Bowl and all I can say is “wow”,  that was one of the most amazing games of football that has ever taken place on Super Bowl Sunday. Before I get to any of  the records
that were broken I just have to say omg what a catch by Julian Edelman. This was one of the best catches ever seen in a Super Bowl game. The first miracle catch that the patriots saw during the super bowl was the helmet catch made by David Tyree’s that cost them the game. The second time this happened is when kearse caught a ball that bounced on his leg which left him in a scoring position. Then finally this catch by 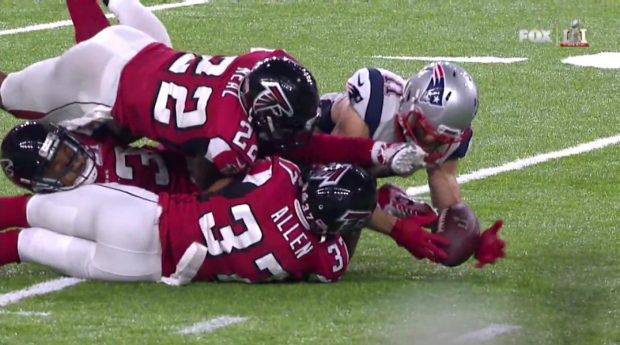 Edelman that lead them to success. Now for anyone that saw the game witnessed history in the making with around three new additions to the record books. It was the first time any team has recovered for a point deficit of anything more of 10  point and The patriots made a comeback despite being 25 points down. This lead to the first time two teams went to overtime during the Super Bowl. Tom Brady has become the player with the most Super-Bowl rings than any other quarterback with this win being his fifth. This was one of the most nail-biting super bowl games in history, and certainly will not be the last.