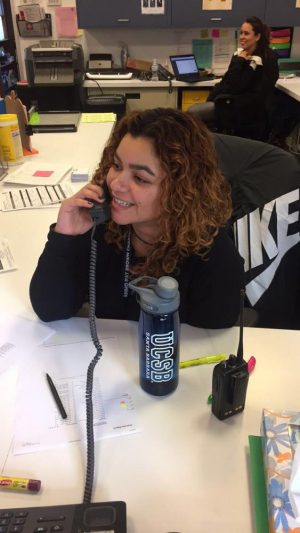 The cycle of education, or in other words, past students who graduated  and are now working at that school has definitely become quite a pleasant thing to see. At Animo Pat Brown this has has been seen quite a few times.

For example, Mr. Granados, who is one of them graduated class of 2013 and is now an instructor working in room 30. He claims to have a different perspective on things now that he is a teacher and not a student. When Granados was a student he was great, he was in AP classes and graduated with a 3.0 GPA. Even though he wasn’t able to attend a 4 year college right after high school, Granados  got his A.A in ELAC. Now he  is currently attending Cal State Long Beach in the hopes of becoming a history teacher at APB.

How would it feel to go from being taught by the staff, to them now being your coworkers? 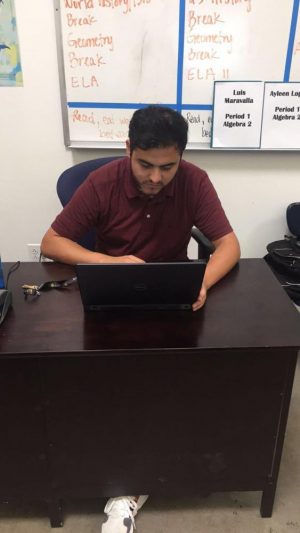 Granadoz said, “Staff changed the most yet, it’s a unique experience once you get a different perspective.” He wants to be able to give the students the opportunity he once got the opportunity of being able to get out of what he calls the “bad community”. Mr. Granadoz once did face a lot of difficulties and downfalls yet he managed to get through with the help of his teachers and supporters around him.

Most of the encouragement he received as a young adult came from his teachers, “My teachers cared, so I want to be part of that as well.” He hopes to be a role model to his relatives currently attending APB and his students, just as his teachers were with him.

Another example of this cycle at APB is Ms. Cruz, the main office administrator, who was apart of the first graduating class in 2010. She was very excited to start her new job after reaching out for for the office staff mainly Ms. Adia. She is planning on staying at APB to become a great encouragement for her peers and students.

Despite the changes since she has left, she said“It’s nice to see how the school had grown.” She claims to see a lot of growth and and an increasingly better education for students. She is enjoying the “great groups of kids”, and hopes to be a great representation of success to others. “Remember,this is 4 years of your entire life, sometimes things might seem like, ‘Ugh, why do I have to do this?’. But, it’s four years that will make you the rest of your life better,’’ she said. These words of encouragement and motivation coming from Ms. Cruz got to  show that high school may not seem useful now, but in the long run will benefit students immensely.