“So we were going over slides in class and I was copying the notes. Then, the lights went out,” said senior Anthony Ramirez. Technology teacher Ms. De la Garza said,“I was on my planning period… I’m always excited for my planning period because that’s when I get my work done. I was on my laptop, and then suddenly, everything went black — and in my room it was really dramatic because I don’t have natural light, really… I only get light from whatever is in the hallway.” After the light went out, Ms. DLG continued to work because there was still a WiFi signal, until the WiFi signal went out along with the rest of the electricity in the building. As a result, Ms. DLG and Read 180 and English 9 teacher Ms. Siemientkowski had to turn to help from teachers who do have access to natural light. 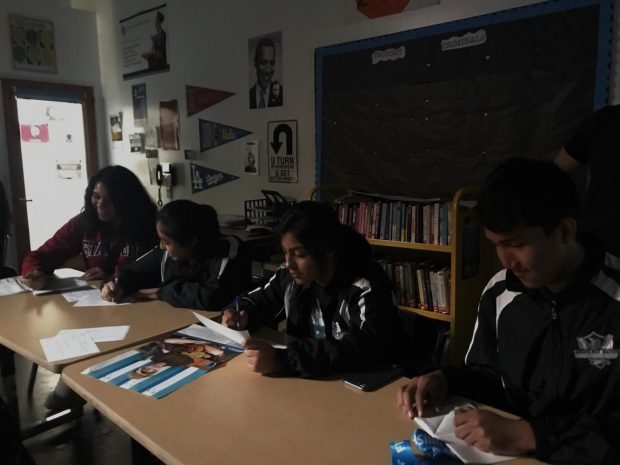 Unfortunately, for both teachers — and teachers across campus — their classes heavily relied on the use of technology. Frustrations grew as teachers struggled to change lesson plans quickly enough to accommodate the unexpected situation. Ms. DLG expressed, “But we couldn’t [do anything] — teachers couldn’t — because there was basically no back up plan, right, because the copy machines wouldn’t work. Even if I wanted to find a tech article for [students] to annotate, I couldn’t do that.”

According to Principal Reed, the cause for the blackout was a broken power line on the corner of 83rd Street and Beach Street, on the sidewalk connected to the school. Mr. Reed said, “It broke enough that there were sparks flying and then knocked out power to the area.”

Many, including Ms. DLG and junior Leyhvy Tavizon, reported that it wasn’t the first time something 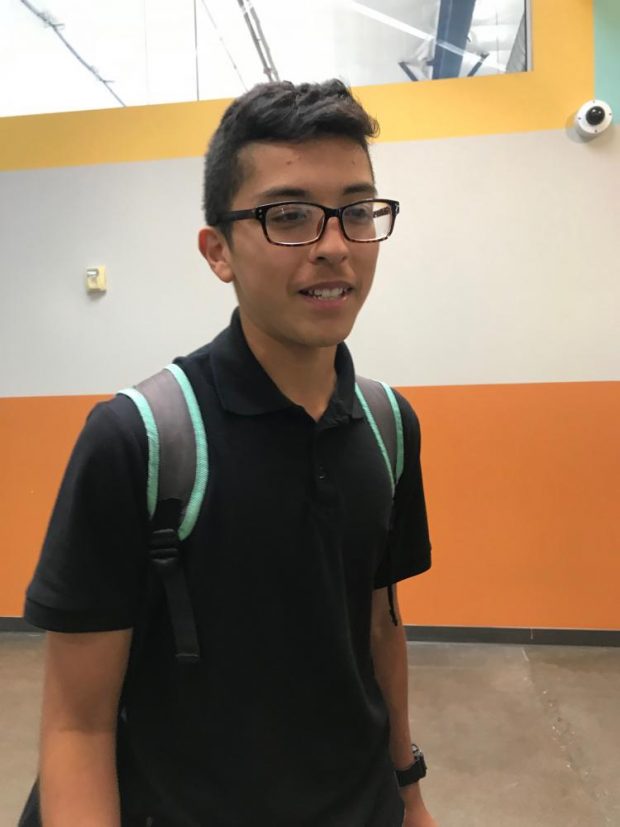 like that happened at APB, however, it had never been as prolonged as it was on October 19th. Leyhvy Tavizon said, “I remember one in 9th grade when the power was out in the morning. We had to start all our assignments late, and then we just fell behind a little bit.” Luckily then, the power was on by second period of the same day. 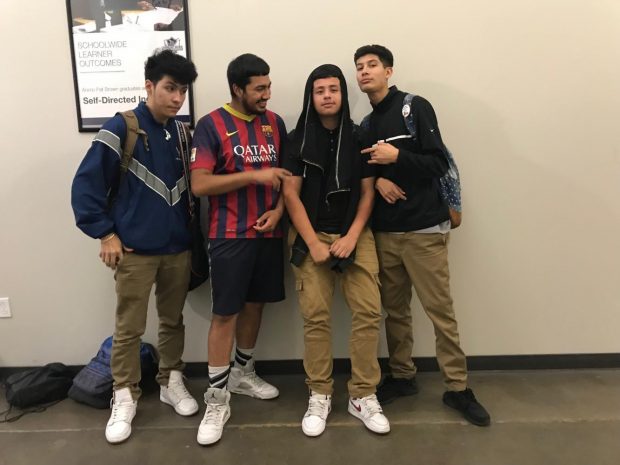 The situation brought up questions about how reliant APB students and teachers are reliant on technology. Are we too dependent on technology? Is it okay to rely on technology for classwork today, living in a modernizing society? For junior William Morales, having teachers only use whiteboards for their lessons was more enjoyable and preferable. Ms. DLG expressed the struggle for many students to adjust to writing pen to paper writing about a topic the knew about — themselves — when it was easy for them to write emails. However, a recurring theme between all people interviewed was the need for proper air conditioning in classrooms. All of them, when interviewed, remembered having to deal with hot, stuffy classrooms. As a result, many teachers turned to taking their students outside for class and student led conferences were canceled.