Many high schools in LAUSD and throughout the country offer their students access to a parking spot. High schools like those of English 9 teacher, Ms. Espíritu, and Mr. Villagomez offered their students a parking space. Unfortunately (or fortunately, according to some), Animo Pat Brown’s size limits the amount of parking space available. APB prohibits students from driving to school because of this reason, according to Principal Mr. Reed. 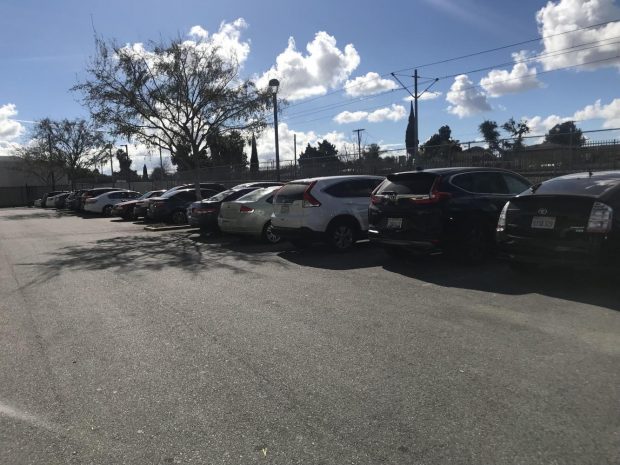 However, Junior Pedro Barreras said, “I wouldn’t personally because I live close by and I wouldn’t want to have to park my car.” Pedro believed it would be a hassle to have to deal with so many students walking to school in the morning while trying to find a parking space.

Students like Adrian believe that currently, APB should offer student drivers with parking spaces. An anonymous junior said, “It is a struggle when you come late sometimes. I don’t want to get a detention.” On the other hand, Pedro believed that APB should, currently, not offer students parking spaces because of the limited space there is.

With APB’s planned new campus, many believe it might be time for a change in the current po

licy. Ms. Espíritu believed it would be a good idea for the school to provide parking spaces. She said, “I think it might add to the safety of the students coming to school. If they have to park outside, their car might be vandalized.”

Some people, though, believe that it is safer for students to not drive to schools. Mr. Reed said, “Driving is inherently dangerous, you could look at studies and see that younger drivers are statistically more likely to get into accidents.” Alejandro believed that, with students walking to and from school, student drivers need to be more cautious about the actions they take.

To conclude, APB will not be giving any students any access to parking at our current campus or future campus. It is up to students to figure out ways to get to school on time — whether it be getting dropped off, using public transportation, or walking to school.