A teacher and an Animo Pat Brown couple give relationship advice to our teenagers at APB.

By America Diaz and Ada Gonzalez 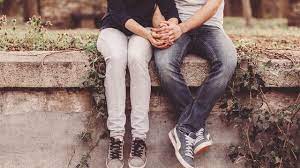 In the image above a couple holding hands which is a sign of affection towards each other. Martin Dimitrov/Raising Children Network

This article provides advice for romantic relationships for students at Animo Pat Brown to develop healthier relationships or what to keep in mind before entering a new relationship.

Many teens are taking interest in finding that special person in their lives and there are many questions that formulate surrounding that.

Our government teacher at APB, Mr. Snyder, a teacher who is married and has children, mentioned some of the steps he took before entering a relationship.

“You have to know yourself a little bit before you’re in a relationship so you can be comfortable with what you can give to somebody else and to know what you’re looking for from them to maintain a two-way communication,” said Mr. Snyder

Entering a new relationship is tough, but entering one after a breakup can be a little more difficult, especially when it might have ended badly. Sometimes, people may need time to heal after a past relationship.

According to an article, “Do I Need to Heal Before Dating Again?” written by Donald L. Cole, a licensed Marriage and Family Counselor, he said that the feelings you experience during a breakup is grief and sometimes even anger. Even if we would rather not experience these emotions, coming to terms with these feelings can be more helpful than painful.

“You must accept the reality of the loss and begin to see the opportunities for a new future…you need to feel the feelings of loss…you must adjust to the realities of life without the other. The fourth step is letting go of the lost partner and finding new, meaningful relationships,” said Cole.

It’s beneficial to feel and face these emotions rather than hide or avoid them, but the time to heal and the process is different for everyone and can never be determined or absolute for everyone. But once you begin to see yourself with another person and are happy with them, you’re likely getting there.

No matter if it’s your first or third relationship, there are still some misconceptions surrounding romantic relationships– especially common with teens.

“A misconception is that you have to change for your partner if you really love them,” said an APB couple.

The idea of having to change for someone can be controversial because maybe there are some things you need to improve on. But there’s a difference between improving who you are as a person and changing yourself to be someone you’re not, that’s what the APB couple wanted to point out.

This is reasonable considering that your significant other is with you because of who you are and they shouldn’t mold you to be some romanticized version of you.

To believe these misconceptions and build your vision of love because of them can be harmful because you could end up changing yourself to be someone you’re not or even hurt the other person because of that and the relationship may not end well.

There are different ways to maintain a healthy relationship and it’s different for everyone, but a big one is respect and boundaries.

According to Mr. Snyder, “Respect for the other person is important, of course, but also for yourself to not be taken advantage of.”

This ties back to the idea of boundaries.

Boundaries is a dividing line that limits something which is formed by what you’re comfortable with or not comfortable with, what you can or can’t do, and many other factors. Respecting yourself would be to establish your boundaries in the relationship and making sure they are respected, and respecting others would be not crossing boundaries of the other person.

Mutual respect is standard for any relationship as well as having boundaries, no matter how close you are to the other person.

“[Boundaries] are different for everybody but it starts and ends with respect, there should be no part of the relationship that is disrespectful to the other person,” said Mr. Snyder. 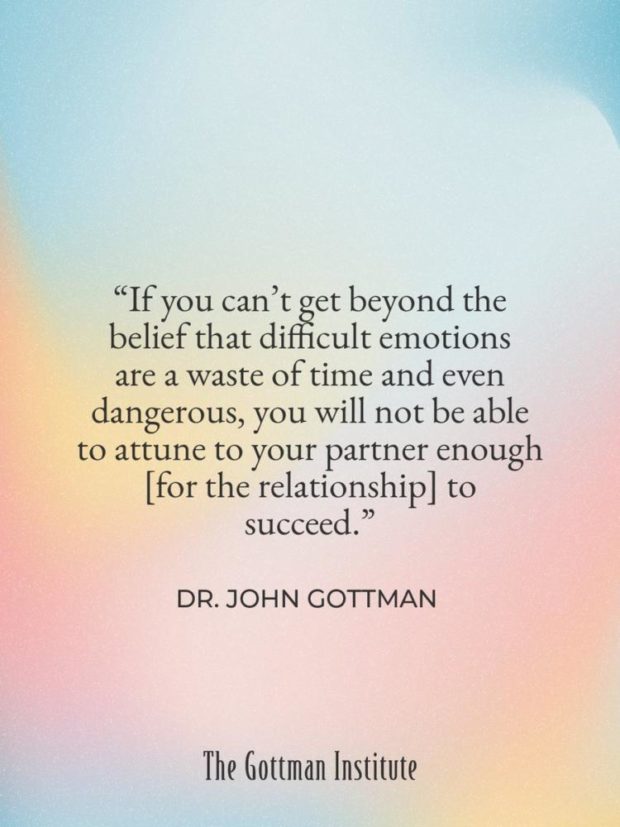 The image above is a quote that talks about being in a relationship with difficult emotions helps a couple succeed together as one. Dr. John/Gottman Institution

Many people have the idea that a relationship should not have arguments in order for it to be healthy. But this concept is incorrect, and there’s many reasons why arguments are actually healthy for a romantic relationship.

There are 3 common mistakes that some couples make when they come into a disagreement or argument. These mistakes can add more to the first conflict a couple is facing with each other.

One mistake is wanting to make your partner change themselves. “Unfortunately, pointing out your partner’s shortcomings does not encourage change—only defensiveness and counter-attack.” said Andrew G. Marshall, a martial therapist, in the article “Three Common MIstakes Couples Make During Conflict”.

The second common mistake is protesting louder, “So, you shout louder, throw a bigger tantrum, or move from sniping to sarcasm and on to nasty name-calling. Other versions involve bringing in the opinions of others to back you up and punishing your partner by refusing sex or intimacy. Unfortunately, couples end up debating alternative narratives, building a case against their partner.” said Marshall.

The third common mistake a couple makes during an argument is flee and pursue, “At some point, one partner will check out. It could be walking away, internally shutting down, or people-pleasing (by which I mean agreeing to anything for a quiet life but being full of resentment or giving an empty apology to shut down the argument),” said Marshall.

Arguments in a relationship are completely normal. They can be challenging for your romantic relationship but it can also help deepen the connection with your significant other. You should not be afraid to disagree with your partner because in reality it can help with understanding each other’s perspective about the topic/conflict.

In the article, “Three Common Mistakes Couples Make During Conflict,” The Gottman Institution mentions 6 steps to take during an argument. These steps are “consider both of you are right, look deeper into the dilemma, stay in the crucible of conflict longer, become vulnerable with each other, find similarities and build on those, and go through” said Marshall.

“If a couple were to ever get in an argument, they can resolve the problem by communicating with their partner to see what is wrong with them and see if anything they are doing is hurting their partner. Maybe give them space if they need it,” said an APB couple.

“Arguments can look a lot of different ways, finding healthy ways to disagree. An argument doesn’t need to be raised voices, obviously should never get physical, but students need to be able to have a process to work through those disagreements together with their significant other.  The process will be different for folks but how we talk to each other, do we need an outside person, something important for a healthy relationship,” said Snyder.

It is important to have “the talk” with parents about your significant other, for them to know them before actually meeting them in person. This talk should not include voices being raised but it should be for you to tell your parents it is normal to be in a relationship as a teenager. The talk should involve telling them who this person is and what you see in them.

“Ways to speak to your parents about your relationship is by having a civil conversation with them that you are a teenager and it is normal. You can tell them more about who and how your partner is, so they can get to know them before they even meet them personally,” said an APB couple.

“Being straightforward and honest. I think it can feel hard and I think there can definitely be a gap between students and parents in terms of how they see these things (being in a relationship). The more that is hidden the more there are problems. In a good parent-child relationship there can be disagreements but disagreements are different than big secrets,” said Snyder.

Some people may believe that it is necessary to have parent’s permission to start dating but others may believe the idea of telling their parents about their significant other is more important than getting “permission”.

“We don’t agree it is important to have your parents permission before getting into a relationship, because they would have so many expectations for your partner and how you see them might be very different then the way they see them,” said an APB couple.

“I think openness with parents is extremely important as well as dialogue. Permission is a hard word, I am not trying to avoid the question, because it implies that the parents get to make the decision. As a parent I want to know the people in my child’s life because there is no one I care about more in the world than my kids so I do not want to feel like I have this narrow understanding of their lives,” said Snyder.