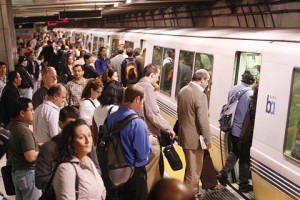 A possible exposure of the contamination of the deadly and...

Facebook has progressed very significantly throughout the world’s society, linking friends, relatives and even new people that may share...

These past few years on the Savannah, African elephants have been slaughtered and still are being killed for their... 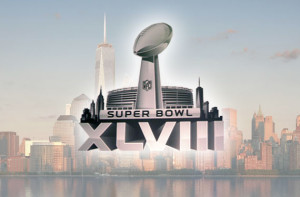 Sunday February 3 marked the end of a fantastic NFL season with the match up that people wait for... 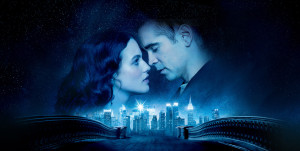 As everyone is getting into Valentines day mode they need something to do that day. There are some movies...

Valentine’s Day is the perfect day to watch all your favorite romance movies with the people you truly care about. These are the best romance movies out of the reast because they open your eyes to world of romance and challenges one must face to be with your love one.These iare Top romance movies to watch: In 10th place it is Water for Elephants.This is an excellent movie if you want to hug a love one and not cry a lot at the same time. After losing his parents in a car accident, Jacob Jankowski, was seen without money and food. After some days in living in the streets, Jacob’s only option to avoid getting in trouble was to join the circus as a veterinarian. There he finds himself in love with his boss’s wife Marlena. Will love conquer all obstacles no matter who they are? In 9th place, The Last Song: Ronnie is a teenage girl, who after getting in trouble in New York she was sent by her mother to live with her father by the beach. There she meets a handsome young man, Will,who she thought was poor. Later, she finds out he was rich and has to face his parents disapproval. Their love must overcome social classes in order to be together. In 8th place, Beautiful Creatures: Ethan is young man who wants to move far from the small town in the South. He meets Lena, a mysterious girl who moves to a creepy house. However, that house is known to be the “home of sins”. He later finds out that she has powers; It is said that when she turns sixteen her soul will either be going toward the light or the dark. In order to break the curse Lena must sacrifice a love one. Will their love last forever no matter what happens? In 7th place is Charlie St Cloud, this movie is perfect for anyone who believes in lasting love.It is about someone called Charlie, who is 18 years old and lost his younger brother Sam after a car accident. Sadly, Charlie was the only survivor. Charlie is given the gift of seeing his brother every day.But soon after Charlie meets a girl named Tess, he falls in love. He must choose between the love of his life or keep seeing his younger brother. In 6th place is The Notebook, this is the perfect movie for anyone who believes love can conquer all.It is about a guy called Noah, who after meeting Allie, a rich girl in a carnival, they instantly fall in love with one another.But, they are drawn apart by Allie’s parents who believe in different social classes. After several years Allie gets engaged to a soldier. Once she sees Noah’s picture once more she remembers her love towards him and must choose between her love for her ring. In 5th place its Prince and Me, if you believe in finding a prince this is the perfect movie for you. It is about a young farm girl named Paige Morgan who finds the exchanged student Edvard “Eddie” rather interesting. After inviting him for thanksgiving they both realize that they are madly in love. But when they are caught kissing in the University library by the paparazzi Paige finds out that he is a prince next in line to be a King. But after some time living as a princess Paige starts to miss her old normal life. She must decide between life as a princess aside her prince or continuing as an ordinary girl.

In 4th place,The Host it is a love triangle with a little twist. It is about Melanie a young girl who after being captured by unknown aliens is inserted with an alien named Wanda. Wanda was supposed to retract all memory from Melanie to find the rest of the humans surviving. Melanie who is now a voice in Wanda’s head is trying to maintain alive to reunite with her brother and her love one Jared.

In 3rd place its a true love story that has to overcome time its the, Last Holiday. This is about Georgia a woman who has the dream of opening her own restaurant and be the top chef while marrying her secret crush, Sean. But after finding out she has only 3 weeks to live, she in barkes on the journey to make all her wishes come true. When Sean finds out about Georgia he realizes she is his true love. Now he must travel thousands of miles to reveal his love, but will he make it on time? The 2nd place its a classic love story is Romeo and Juliet (2013). Romeo is a montesque who falls in love with Juliet a capulet. But their family’s are arch enemies who forbid their love from coming to life. They must conquer all obstacles to be together after Romeo is accused of assassinating a capulet. They must find a way to prove his innocence but will they overcome their destiny. Now the top romance movie is The Vow. Paige and Leo were happily married when a sudden car accident sent Paige to the hospital. When she recovered her conscious, Leo realizes she has lost all her memory including her life with him. As Leo takes Paige home he tries to recover her memory but sadly he can’t. Suddenly, when Paige attends her sister’s wedding she sees her ex boyfriend from high school and gets confused about her feelings toward him. Will Leo ever overcome Paige’s parents disapproval and other obstacles to be with his wife once more? Will Paige overcome her confusion to find her true love? These top romance movie are recommended to watch with anyone who you care for. These movies provide joy and gives an atmosphere of love and happiness. These, out of any movie provide a realistic romance story that develop the idea of finding someone who truly loves you