Aside from our precious animals dying of natural causes. Humans have taken toll in decreasing the population of endangered species as well as disappearing them forever.

From the ice age to modern days humans have been hunting animals to their extinction. 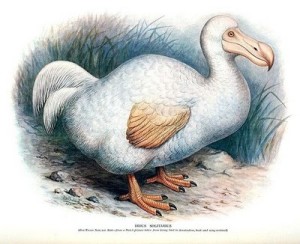 A flightless, passive bird that was discovered 1581. One hundred years after it was first found this medium sized bird was hunted down to extinction due to the carelessness of early humans. 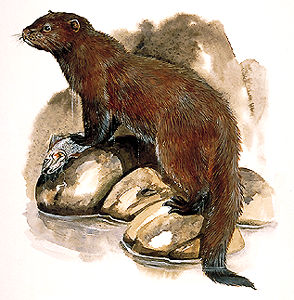 Part of the Mustelidae family the Sea Mink found in places like New England, is one of the only mammals to have gone extinct in what are called historic times. The highly prized fur of the Sea Mink caused hunters to kill every single last one in order to retrieve the fur and make a profit out of it. There is no sure date of when the last Mink went extinct although there are estimated dates in the year 1860. 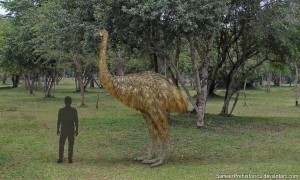 600 years ago in New Zealand, this giant ostrich like bird went extinct when humans arrived at the island. These colossal birds were hunted to their deaths in the late thirteenth century. All though their disappearance coincides with that of the arrival of early humans some scientist like to argue that natural causes were also factors of the birds death, such as volcanic eruptions, climate change due to the Ice Age, diseases (could or could not have been spread by humans). The Moa’s genes had nothing to do with their extinction, so an argument of their diversity decreasing wouldn’t make the case. 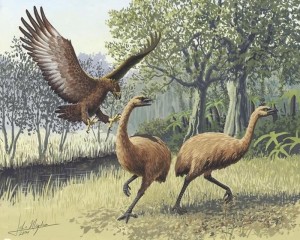 Haast Eagle preying on the Moa

The Haast eagle was the main predator of the New Zealand Moa, that is until the humans came around. The wingspan of this enormous eagle was three meters in length! Humans didn’t personally cause this beautiful animal to die off. But with its main food being the Moa (which was killed off by the humans) this eagle had nothing left to survive of from. The death of the Haast Eagle was an unintended consequence of the careless hunting of the Moa. 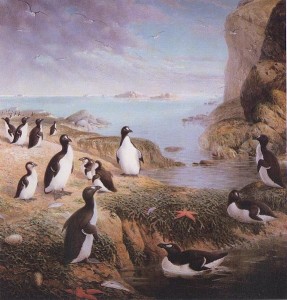 According to stories the last Auk was killed in 1840 Scotland because the people thought the three foot flightless bird was a witch… Seriously. Fisherman hunted the rest because of their delicious meat and they wouldn’t leave it at that but they also crushed the penguins last eggs. 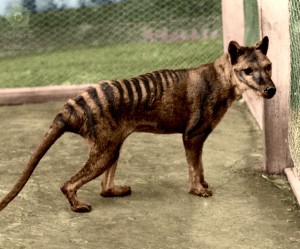 The marsupial tiger was hunted down first by the indigenous people of the mainlands where the animal resided. The tiger was safe for a while in the Tasmanian islands… until the Europeans arrived. In the Twentieth century all the Tasmanian tigers were gone due to the excessive killing. In part from the farmers who killed them in order to protect their livestock. 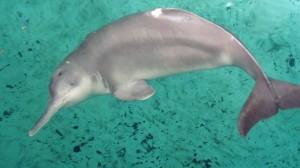 In 2006, scientist made a voyage to try to find more of the Dolphins but couldn’t find anymore which led the animals to be classified as extinct. The mammal fell prey to human activity, to hunters and fishermen. Fishing boats usually entangled dolphins which killed them off completely.