Nowadays, as teenagers juggle their time between school work, extracurricular activities, and personal issues; it is easy to understand how many forget just how important sleep is. There are many factors in a teenager’s life that disrupt the balance of their sleep. Some may argue that social media and chores are the principal reasons for sleep deprivation among teens. However, recent studies prove that school is what keeps students overnight.

According to sleep specialists, the amount of hours one should get varies among age groups. It is recommended that students sleep a minimum amount of 8 hours. Research at Brown University found that, “11% of students report good sleep, while 73% report sleep problems” (campusmindworks.org). Interviews conducted at Pat Brown revealed that one out of 8 students, actually sleep the recommended eight hours. Students have become so accustomed to feeling sleepiness that now it is nearly unrecognizable. “I don’t consider myself sleep deprived because sleeping four hours has no effect on me,” Jordy Rodriguez, a student at APB (Ánimo Pat Brown) said.

Most students tend to think that studying is more important than sleep. However, doctors have found that sleep deprivation is the equivalent to being drunk, meaning that as students are sacrificing their sleep to study, they are only harming themselves and are less likely to do well on their schoolwork. Sleep is vital for concentration; teenagers especially, need sleep for good health and wellness. Neuroscientist, Karina Schwartz, said that sleep, “the stage that’s crucial for learners because the brain solidifies all that was taken in the day before and clears out old, unnecessary memories to make room for new information.” (webMd.com).

As we walked down the sleepless halls of APB we interviewed a variety of different students of both genders and all grades. Here, we encountered what was very unpleasant to many of our adults; it was predicted that teenagers/students derive their loss of sleep because of household responsibilities and the social media. Surprisingly enough, we got more responses that lead to school assignments being the cause of a student’s loss of sleep. “Most of the time it’s because of homework” Lucy Venegas says, a Junior here at APB. “School obligations” Daniela Ibarra says, a Senior at APB. Sleep deprivation can lead to serious consequences for all students and adults. 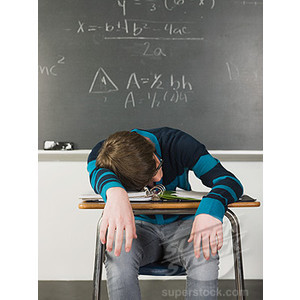 All students we interviewed came up with similar consequences for not getting enough sleep. All responses were short and effective but consistently blaming school. “You’ll get bad grades” Alvaro Quintero says, a Senior at APB. Although we see that school is a major reason for which students are being sleep deprived; it can also be reflected during school. Sophomore Chelsea proves this by saying, “I don’t pay attention in class”. Sophomore Carlos Rodriguez also says, “You could fall asleep in class”. Unsurprisingly, teachers at our school also agree that not getting enough sleep can be harmful. Ms. Roselman, a Physics and Chemistry teacher, says, “If you don’t sleep you won’t be able to think in class or concentrate”. This would be majorly because a student’s body will be asking for sleep, and the body will shut down, causing him/her to fall asleep in school.

In a website titled http://www.webmd.com/sleep-disorders/ ,specialists provided a list of long term effects of not getting enough sleep. Not only can sleep deprivation lead to a variety of heart diseases, but it is estimated that 90% of people with insomnia have serious health conditions already. Other effects of sleep deprivation include reduced alertness, attention, concentration, and even difficulty with problem solving.

Most doctors and sleep specialists can agree that students are being negatively affected by sleep deprivation, but the baffling question remains, what exactly can be done about it? Forty-three out of the fifty American states have already decided to prioritize health by starting school an hour later. “According to a University of Minnesota study released this week, later high school start times improve both student grades and overall health,” (discover.umn.edu). Additionally, students of the University of Georgia have created a list of suggestions to reduce sleep deprivation among students.

Getting enough sleep can potentially lead to a major breakthrough in students’ lives. More sleep would keep students a lot more energetic and enthusiastic about learning. There’s no downside to sleeping more, it can only be beneficial to oneself.