Finally, the moment we’ve all been waiting for is here. Fast and the Furious 7 will be released on April 3, 2015. By the looks of the trailer this will be by far the best movie. Fast and the Furious is coming better than ever with better cars and more action than ever. The trailer begins with people jumping off an airplane with their cars. This movie will be taking place in Atlanta Georgia and in Abu Dhabi. The cast of this movie consists of: Paul Walker, Vin Diesel, Dwayne Johnson, Michelle Rodriguez, Jordana Brewster, Tyrese Gibson, Ludacris, Lucas Black, and Jason Statham. Unfortunately one of the cast members, Paul Walker died when he was filming the movie.

Walker died in the middle of making this movie but the production managed to complete this movie by using his brother Cody. They are still managing to keep his character by using his voice and similar appearance. Walker’s brother Cody has a huge resemblance to Paul Walker. Rumors say that the only reason why Paul Walker’s brother agreed to this is to honor his memory. Others might have other believes. They might think that the only reason why Cody is doing this is for profit and to benefit himself.

Another character that you might be missing in this film will be Gal Gadot (Gisele Harabo). As you may remember Gisele died in the movie Fast and the Furious 6 while she was on top of an airplane wing trying to save Sung Kang. She was killed while she was trying to save her boyfriend’s life. You might see some new characters, so be on the look out.

By the looks of this trailer the conflict is that a group of people will be after Dominic’s crew. The reason that they are after them is because they are trying to make justice for the death of Shaw in Fast and the Furious 6. 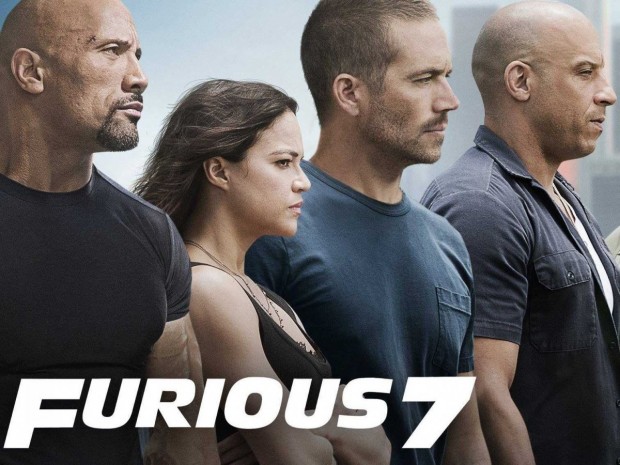