On Wednesday of January 7, two terrorists executed a coordinated attack on the offices of the satirical magazine, Charlie Hebdo. Both writers and editors were murdered because the illustrations and content within the magazine were known to be offensive to the people of the Islamic religion. 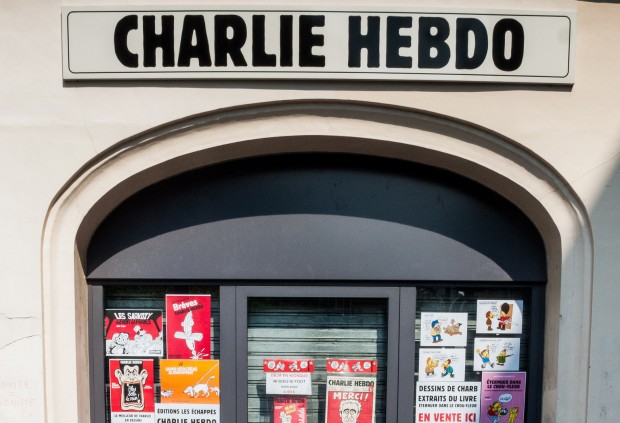 Charlie Hebdo has already received numerous complaints and threats from other religious and ethnic groups, prior to the latest publish titled “Je Suis Charlie.” The attack was looked  upon as an act of retaliation against Charlie Hebdo’s ignorance and indifference on breaking Islamic law by depicting their prophet Muhammad in an unfavorable manner. BBC News said, the assailants specifically entered the offices asking one of the many cartoonists for the location of lead editor, Stephanne Charbonnier. The assailants began murdering four additional cartoonists including Stephanne, along with three other editorial staff members and a guest attending the meeting. Furthermore, witnesses said they heard the gunmen shouting “We’ve avenged the Prophet Muhammad” and “God is Great” in Arabic while storming into the meeting.

Paris officials and law enforcement divulged the identity of the suspects, who were brothers Charif and Said Kouachi of ages 32 and 34. Charif has already been convicted of militant actions involving affiliation of terrorist groups. Journalists and people around the world ask the question, “Why are terrorists usually family members?” Individuals argue that terrorists recruit family members because they feel that they have a strong connection between them and that they would easily convince each other to agree on these radical plans. Also, terrorists do not tread alone because they feel as though they would not be able to follow through with their plans as a result of mental instability. Family relations and the indoctrination process of recruiters is essential for terrorists to successfully impact a region.

Unfortunately, the Kouachi brothers were very successful and caused extreme reactions in France. This tragic event resulted in  European politics attempting to enforce extreme censorship of media in order to prevent another terrorist attack. However, some argue that censorship proposals are very extreme and do very little to protect civil liberties. For instance, some ministers suggested that all potential terrorist information should be banned and taken down from online sites. Such laws do not prevent terrorist attacks given that terrorists could easily access banned information. Instead, these laws lessen citizen rights.

Disastrously, many other countries were also affected by this attack. In France, mosques, Muslim prayer halls, and even Muslim family cars have been bombed or fired. Similarly, in the United Kingdom, a coffee shop received several threats for hanging a “Je Suis Charlie” poster. In other countries, protests have consistently erupted. In Germany for instance, a political movement named PEGIDA,  protested because they feared that as a result of Charlie Hebdo’s attack,  Muslim religion would take over their country. A PEGIDA spokesman said,  “We are all equal and we don’t want to have special rights for Muslims here in this country.” Turkey also reported two protesters whom were later arrested for holding”Je Suis Charlie” banners.

Just like in any other terrorist attack, the big question is why? According to CNN News, “…the gunmen who stormed the headquarters of Charlie Hebdo took aim at one of the most cherished values in France: freedom of expression”(Diamond). This strategy worked extremely well due to the fact that France considers the freedom of expression as one of the most important values because of the impact it can possibly have domestically and internationally.  For example, unlike America’s own first Amendment, France has created the Pleven Act that prohibits all hatred, slander, and discrimination in written publications. To add to the Pleven Act, years later they also banned hatred to people specifically because of their gender, sexual orientation, or disability. With this much attention given to expression, we can clearly see why the attackers targeted Charlie Hebdo. 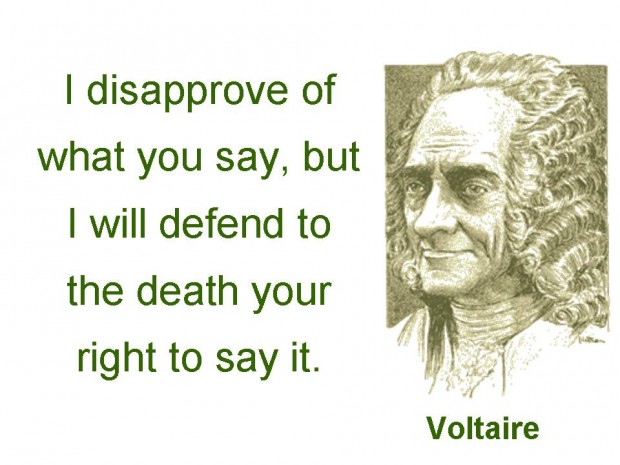 To many people all over the world, any act of violence and terror is absurd and extreme, but to some, like Mr.Botello, our own Animo Pat Brown’s Art teacher, it can be understandable (not justifiable), especially in cases like this. “Similar to Chemistry,” Botello said, “every action has a reaction.” You must always expect some kind of retaliation or consequence for the actions you commit. For example, “you have the right to talk about someone’s mother, but expect the person to get mad and react angrily,” Botello said. As opposed to Botello’s perspective, 11th grader, Alexis Alcala, does not understand why they took such an extreme reaction. “Their reaction was too extreme. It’s true that they went against their religion and mocked them but it’s their right to criticize who they want,” Alcala said. With these mixed reactions, what do you believe? How would you feel if someone were to mock your race, religion or belief that’s significant to you? Would you organize an attack of retaliation on them or simply ignore them? Comment your thoughts below. 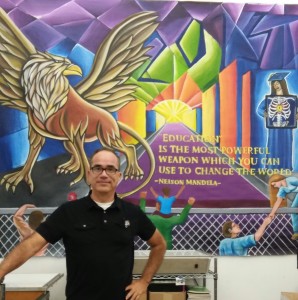