Replica guns, are seen as a toy for many children and teens that let their imagination flow, and play their favorite games. The replica guns are very much identical to real guns and the variety of these are immensely; the problem here is that these toy guns look real and can be mistaken as a real firearm. Many cases have been seen  in throughout states like Texas and California, where the primary victims are children and teens. There have been many scenarios in which police officers have mistaken these replica guns as real firearms which eventually leads to a tragedy, which can either be harmful and in some cases fatal.

On Tuesday February 10th In Los Angeles, a 15 year old teenager was injured, when officers thought he had in his possession a gun and pointing it at a person; the teenager was ordered to drop the ‘weapon’ multiple times but after the teenager did not drop the ‘weapon’, the officer opened fire. The teenager holding the gun was not injured but the boys 15 year old friend standing by him was injured in the back. It is dangerous for children and teenagers to be playing around with replica weapons and especially outside because if a police officer sees them they will think it is a real weapon and most likely shoot.

Another case is that of Jaime Gonzalez a 15 year old in Brownsville, Texas; who aggressively was insulting and aggravating a peer, he had a replica gun in his possession which he later pointed at police officers with. The police officers shot fire at him after he wouldn’t put the “weapon” down, two shots were fired one in Jamie’s abdomen and the other in the chest, after taken to the hospital he died instantly. Fatal situations like these are causing deaths to teens and many are exposing their lives on what should be seen as “toys”

Many people are against these replica guns, Chief Charlie Beck of the LAPD is in search of ways that laws against replica guns can be enhanced, according to him they should be modified into brighter colors so that there could be an easy distinction between fake and real weapons. It has become evident that young teens who possess replica guns outside can be exposed to the dangers of being injured or even killed for what should only be a toy.

Many of the APB teachers believe in better training of police officers to know the difference between a replica gun and a real gun although others have mixed opinions. 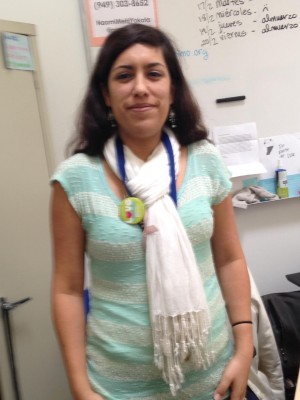 Spanish teacher Naomi Mehl  says, “My hope is that police officers can be better trained on what to do when they find themselves in that situation and how to use to use other interventions than just force” 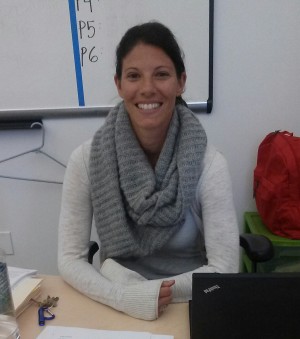 English teacher Katy Bruski says, “If police aren’t able to differentiate between the replica guns and the real ones then that can be very problematic, they should be modified and made neon green, a bold color to help cops know they’re fake”.

Students also believe that young children should not be allowed to play with these outside, 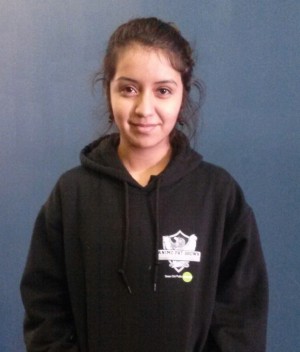 “Kids shouldn’t be able to play with these in general, police officers should be taught to distinguish these”, says Junior Joanna Juarez, well the manufacturers have some blame in situations where people are harmed because they are making identical guns which present danger to children”.

To many parents and other adults it has become essential to modify these replica guns to prevent more deaths than there’s currently, children at a young age are being exposed to dangers in which they are the victims.