Daylight savings has been an idea that was created by scientists to save more energy and make better use of energy during the day. This practice consists that during the summer the clock is forward an hour to be able  to extend the daylight into evening hours, the time is adjusted backward to normal time in the autumn. Conserving energy has been around since 1895, and around 100 years completely. This idea was proposed by New Zealander, George Vernon Hudson. This Scientist presented the practice of advancing the time two hours during October and a two hour shift back in March but, this proposal was never followed through. Aside from Hudson there was William Willett who proposed the idea of daylight saving in 1905 his idea suggested to set clocks 20 minutes ahead on each of the four Sunday’s on April and setting them back the same amount on on each of the four Sundays on the month of September. Willett’s idea caught the attention of Robert Pearce who introduced a bill to the House of Common’s in 1908. In 1909 the first daylight saving time bill was drafted and presented to parliament many people opposed the idea and it never became a law. 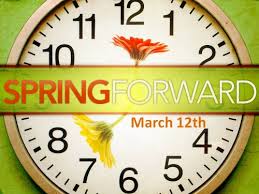 In addition, not everyone who lives in  the United States set their clocks forward or backwards such as Hawaii and Arizona with the exception of Navajo do not seem to find any importance with the practice of daylight conservation of energy. Some U.S territories that also do not spring their clock forward or back are Guam, Puerto Rico, and the Virgin Islands these territories all year round do not participate in daylight saving time.

As of today over 70 countries follow this idea of conservation of energy worldwide and it affects billions of people each year. In fact,this practice has had both negative and positive impacts in people’s everyday lives. Some negative aspects of daylight savings is that this causes some obstacles for evening entertainment and other activities that involve sun exposure. In addition, daylight saving time makes it difficult for timekeeping, and traveling, people have to accustom to the time change to continue doing their everyday life routines without any complications. On the bright side daylight saving time gives benefits such as, having sunlight after working long hours, sports, farming, and other outside activities that require sunlight. Daylight saving also benefits many countries economically  because energy is being conserved  therefore, providing many electricity savings.

Recently in the 21st century this practice is used here in the United States. Depending on the country the starting and ending date of daylight saving time varies the schedule has been revised many times since 1987 to 2006  and daylight saving time starts on the second Sunday in the month of March where the time is set forward and hour and it returns back to normal or “shifts back” on the month of November on the first Sunday. 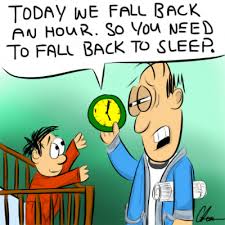 There are many controversies and positive aspects of daylight time saving and everyone has different opinions with the practice. Maribel Gallardo a senior says, “ I personally do not like time change and especially during spring time because the clock needs to be set an hour ahead which confuses me at times when doing some routines that I used to have perfect timing before the time changed, some benefits is that when you get used to the time change you can set another schedule and return to doing your daily tasks like before, I personally do not like having to change my clock during spring and fall but, it is beneficial to save energy so I would not want an year round without daylight time saving because it would not bring any benefits to the world¨.

Tirza Orellana  says, ¨time change during spring affects me because I am so used to the normal time that when I have to forward the time I always feel so frustrated and tired until I get accustomed with the new time, on the other hand I am benefitted with the time change during spring because it gets darker at a later time so I can go out with my friends and not worry of getting back home early, I like the practice of daylight time saving even if it gets me off balance since I know that it is a way to conserve energy and it benefits a lot of peoples electricity bill as well¨.

Senior Diana Laguna says she doesn’t like the time change because now she doesn’t have a lot of time to sleep. “I wake up more tired and feeling languish which prevents me from going to school with the right amount of energy” Diana says.

Art teacher Mr. Botello seems to not like time change since it messes all his plans and makes him postpone them for another day. Mr Botello says ¨ I do not like time change because I have to leave out certain things out of my schedule and focus on the most important one’s, I do not find many benefits in time change especially during spring because you have less time to sleep and you therefore wake up tired and I barely make it through the day, personally I would prefer to just have the same time always and would not have to be going through so much problems and confusions when adjusting the clock¨.

Do you feel like the time change has made you change the way you wake up? Does it make you more grumpy? Let us know by commenting down below.