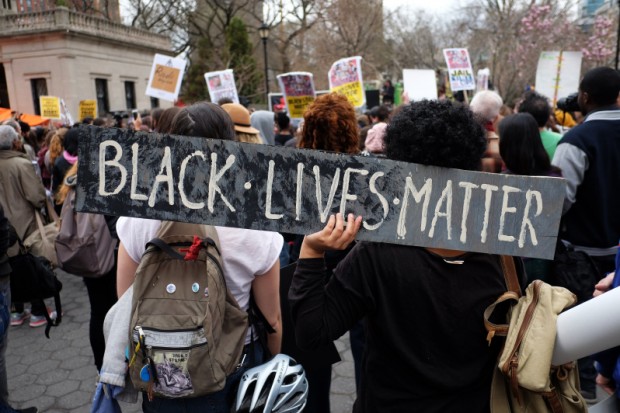 The signs that protesters held.

The case in South Carolina.

Police brutality is something that has been occurring for many years. We reach for their help but instead they tend to be the ones that do the harm. A great number of police officials abuse their power and are very racist to minorities, specifically African Americans and Latinos.

Over a million cops in the U.S. do their job ethically; however, even the best police agencies run bureaus that employ officers whose behavior in maintaining the peace is exceptionally awful.  Videotaped police brutality began to surface social media. The majority of Americans now have possession of a smartphone of some kind, this technology has allowed the average citizen to record police brutality. An anonymous teacher said, “A way for police agencies to prevent the employment of ‘bad’ police officers would be by using background checks. Police abuse their power because their situation with power is temptation. Temptation allows for power to be abused. The media highlights the negative of police officers focusing on their abuse of power and their brutal actions.”

As well as this anonymous teacher, a student at APB has similar thoughts to this subject. Sigifredo Soto an APB Junior said, “my views on police brutality and the media is that the media highlights the brutality because it is what news companies believe is enticing viewers to watch. People will tend to change their views on police officers from the media. The thought of there being police officers who do their job correctly is overshadowed by the negative media outbursts.”

There are repercussions to videotaping officers if doing it within certain situations such as videotaping them secretly because it is always illegal to record a conversation in which you have no part in or consent to record. In most circumstances, officer feel as if their authority is being challenged when one is recording them while doing their job. If there is a video that is capturing an incident, the best option would be to save it for evidence if the police reach out for you.

In particular, there was a case on Tuesday in South Carolina  about a white officer shooting down an indefensive black man in the back, which led to his death. Little did the officer know that he was being recorded which later on helped to his arrest. The victim in this case was a 50-year-old man named Scott Walter. The video clearly demonstrates that officer Slager was to put the blame for because he  said that Scott had a taser gun with him but in the video you can see when the officer throws the taser gun to Scott while he was laying on the floor. In this case, there was not a reason for the officer to shoot Scott since he only had warrants because of unpaid child support he didn’t seem dangerous but the officer made him look like that. The victims family are completely thankful for the guy who recorded the video and view  him as a hero. It has been reported that officer Slager’s attorney is no longer involved in the case. Officer Slager is being charged with murder and many years in prison.

Additionally, there was a case that involved a white police officer stopping an African American guy just because of racial profiling. The famous case of Rodney King surfaced. The police officers seem to be kicking, stomping, and beating him up with metal batons. However, the video tape that had all the evidence didn’t help because the judge acquitted the officers, inflaming citizens, and sparking the violent 1992 Los Angeles riots.

As it has been stated, police abuse their authority and put many people’s life in danger. Therefore, people are starting to take action for themselves and are trying to prevent police brutality by having peaceful protests. One of the most recent protest  is the Blackout Hollywood. Hundreds of people began the march in Hollywood Boulevard and it appears that it continued all the way to the TCL Chinese Theater. It seems that people began this march by social media. They began this protest to make a statement and to let the police know that they won’t tolerate this behavior anymore. People are tired of police officers stopping Black men without any reasons. That is why in this march they held signs saying, “black lifes matter.” What are your thoughts about police brutality? Comment below to share your opinions.