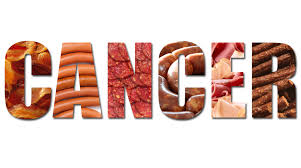 You wake up in the morning and hear the sound of the delicious bacon sizzling on the pan so you get up to begin your day with breakfast and of course two strips of bacon. Bacon is a very common processed meat that we are very familiar with, but is it really all that healthy? According to the World Health Organization (WHO), they have classified that processed meats are carcinogenic to humans (meaning having the potential to cause cancer). Processed meats that are salted, cured or smoked just to make the flavor more delightful, can essentially be harmful to one’s health. This has been concluded by 22 experts from 10 countries that have done over 800 studies on the connection of processed meat consumption and cancer.

We have forwarded the information about processed meat having a high risk of causing cancer to APB students and teachers. For the most part, many students were clueless about health risks.

Though some are surprised on the matter of the situation like Andrea, Robert Daniell however, a Physics and Biology teacher from Animo Pat Brown and a seven year vegetarian, was not surprised at all.

“People have always known red meat leads to health problems. It’s comforting to know that there is now statistics to back it up” he said. Mr. Daniell was in fact aware of the situation long before it became largely publicized and is still continuing his vegetarian diet.

Another tenth grader, Susanne Chavez, is aware about meat-causing cancer. She also includes how Americans eat a huge amount of meat in their everyday lives, which leaves with her comment, “Yup, that’s America”. 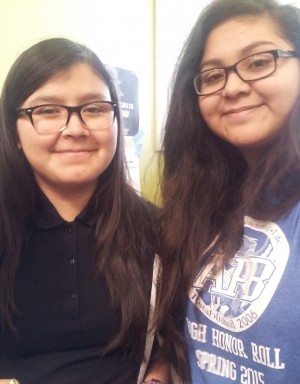 Despite student’s knowledge of how processed meat is now known to be carcinogenic to humans, they are reluctant to change their regular diet. Instead most students continue to eat meat.

“I won’t give up on meat, “ said tenth grader Yuliana Lopez, ”because [it’s] delicious!”

Students are becoming more and more informed on the topics because it has spread both digitally and socially quite quickly. However, even though the processed meat has become a threat and students understand this, many are still hesitant to do anything about changing their diet because it has become too much of a habit to eat processed meat and changing this diet can be out of the question for many students such as Yuliana.

“It’ll be difficult to quit eating meat”, said Yuliana,”because it’ll be difficult to avoid meat that is in your surroundings if willing to change your diet.” This processed meat is everywhere around us. Yuliana brings up a fair point. How can we as consumers stop eating this meat that is causing cancer and putting our health at risk when we are being tempted by it everywhere. Mr. Daniell says the answer isn’t that difficult.

“People don’t need to become vegetarians,” says Mr.Daniell “People can just eat less meat and it can be good for the environment, better for animals and can lead to a step in the right direction for your health.” Our diet doesn’t have to eliminate the processed meat in order for us to stay on top of the health issues that this meat causes. We can simply be more aware of how much we eat and students can stay healthy and also help the environment too!