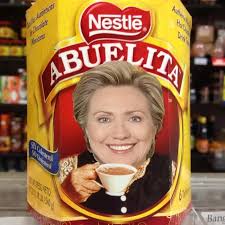 Election day is around the corner approaching ever so quickly and now is the time if ever to start deciding who you’re going to vote for. Presidential candidates are willing to take great lengths to appeal to voters, specifically c
ertain ethnic groups that may harbor the majority of their votes that they don’t already have. Hispandering is a mashup of “Hispanic” and “pandering” which means creating fake advertisements to appeal Hispanic voters only to their self-serving reasons.

It is known that represents hispandering was when Hillary Clinton named herself as their abuela when she arrived at Jennifer Lopez’s “Let’s Get Loud” at a campaign stop at San Antonio. Since Latinos are the largest ethnic group in the United States, their votes can easily help the presidential candidate win the election. Most of the presidential candidates tend to use hispandering by dropping down a few Spanish words, trot out some Hispanic stars while talking about how very important Hispanic issues are.

Some find it offe

nsive about how Hillary is appealing to Latinos to vote for her, and how presidential candidates are not serious about “hispanic issues”. One example of this is Latinos’ actual reaction by trending their #NotMyAbuela on social media, claiming that she wouldn’t understand difficult obstacles that Latinos faced while living in this country.

As Latino people began catching wind of this, not only students find this offensive, but also our teachers as well. 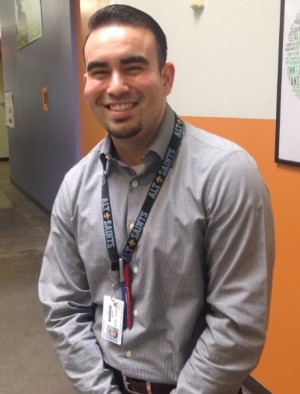 “I think she is so fake and unauthentic,” says Mr. Sandoval, APB’s US History teacher,  “It is offensive to latino people that they have no latinos in their campaign to attempt to gain votes and she thinks she can gain these votes by just doing this. I myself find this very offensive.”

Next time you witness a politician that is using spanish words or claiming to connect with the hispanic community, take a second and think. Is this person really trying address hispanic issues or are they just attempting to gain as many votes as possible? You can always vote for someone who address the topics you’re concerned about as Sandoval stated. Students should search for a charismatic politician when they’re of age to vote and consider voting!