By: Leonides Martinez and Cassie Rodas

School is over and there really isn’t anything to do at school so you decide to go home. On your way over, you do not wish to listen to cars passing by, random people talking or dogs barking at you as you pass them so you put on your earphones and listen to your music. Due to all the noise in the streets, you begin to raise the volume until you reached the limit. At this point you hear nothing but the glorious sounds of music and you are in pure bliss. 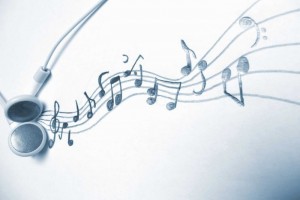 More than half of APB students listen to music beyond what their ears can resist. Jordan Soto an APB freshman said, “I listen to music for about 75% to 100% of the volume every single day.” Hearing music is a common thing among high school teenagers. Students tend to hear music during class time, lunch, while walking home and even in their free time. For the most part students enjoy hearing music but has mentioned before do not think about the damage it can cause to their health.

Many people are aware of the consequences; however, they have different reactions towards them. APB sophomore, Alondra Lopez, states “I am warned about what is the right amount of volume I am suppose to hear but regardless I go beyond the amount my ears can resist.” She also mentioned that she never thinks about the damage it can cause her ears. Carlos Rodriguez, a senior in APB, declares that he listens to his music very loud, “I listen to my music pretty loud, basically everyday, and I know I shouldn’t but I do.” Both Carlos and Alondra showed some kind of concern and understanding that they’re damaging their ears.

Since students are not taking care of their health it is a possible that within 1-2 decades a majority of them will need hearing aids.  Carlos said, “I will be disappointed but happy because I enjoyed hearing music plus I would not mind using hearing aids but if I was to be completely death then I will be mad.” He mentions how he would not mind because he would not regret hearing music since he enjoys it.  Alondra agrees with Carlos’s idea about lowering the amount of volume they will hear their music. However, other students like Jordan did not care about the damage it causes it eardrums. He felt that it was not something to worry or has high importance. 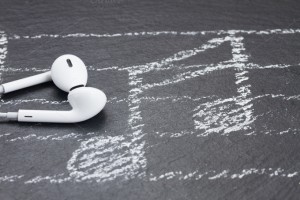 Majority of students listen to music during school hours if permitted; for example, teachers allow their students to hear music during their class when students are doing independent work. Teachers have faced the insane loud music of their students and spoke against their students about it. Rachelle Martinez, a Resource Specialist said, “Yes! If I can hear it it’s too loud.” She also mentioned how she believes that having the ability to hear is very important to her health because if she was unable to hear she would not be able to hear her music, someone voice and especially the sounds of nature. Some teachers feel that students are not aware of the damage that they are causing their eardrums, Katy Bruski, an English Teacher said, “I tell them to turn it down because I am worried for their ears.” Ms. Bruski feels that students need to lower their music volume but also mention how student do not think about the damage to their ears. Ms. Bruski agrees with Ms. Martinez that being able to hear is important, “One of the most wonderful things in life is to hear music and other sounds.” 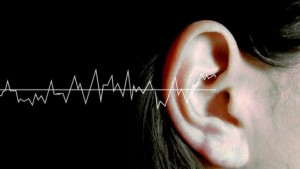 emotions with music. It is important to help the lives of other people and one way of doing so is by encouraging others to listen to music at a volume that one can hear but does not pass the limit that damages our ears.  Doctors should inform their patients about the importance of their eardrums and what kind of damage we can cause. People are not educated enough on their health and the importance of being able to hear because people don’t realize that being deaf is a hard obstacle to overcome in life.