Global warming is a term used to describe the Earth’s atmosphere getting warmer and its natural resources becoming minimal.

While we are told constantly that the weather is becoming warmer and that this will be the warmest summer yet is outstanding. Los Angeles reached its highest temperature in 2010 with 113 degrees.

Thinking of it being hotter than this is something that many try to ignore and hope doesn’t happen, but many do not truly understand the seriousness of the temperatures rising. 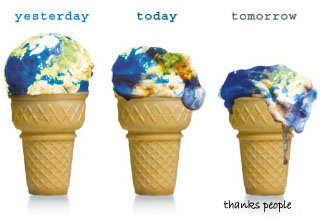 In schools students are not taught what global warming is and the effects of it. They don’t understand the scientific background to this serious issue.

Some don’t even believe that global warming is an actual issue. It is thought to be a made up story by companies to try to get you to buy the newest “energy efficient” model/ product.

Mr. Daniell’s says, “Global warming most easily fits into Biology curriculum when studying ecology, and will impact all living things. I am planning on spending a little more time on it this year than I have in the past”.  He has been incorporating this topic into his lessons for a while and is planning to take more time to cover it this year.

He argued that this could be covered in all class subjects, but teachers have to be a little bit more creative to do so. When asked about teachers removing their bias in these lessons he said, “ there is not too much I can do about other teachers. What I try to do in my own classroom is teach my students to think critically and stay skeptical. I tell my students to not believe something until they see evidence. This way, students learn to think for themselves, and not blindly believe everything they are told, even if it is coming from teachers.” Students are encouraged to think themselves and take on evidence do what they will with it.

APB teachers are trying to incorporate this to their lessons, but how much do the students really know?

All grades repeated the same thing that simply the climate was changing. Some took it as a joke and joked about the world becoming so hot that we’d just melt on the sidewalk. Others got more serious about this and tried to make connections to their childhood and how winter used to be months on end and how now we were lucky if we got a few weeks of a cool breeze. 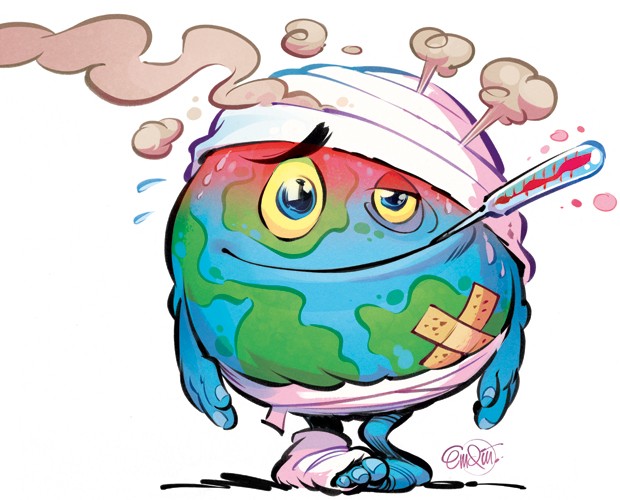 Even though climate change is a large aspect of global warming they did not catch the main points and didn’t really find them important.

Underclassmen simply said that things were not going to change, so their was no point in making a big deal over it. While upperclassmen were a little more sensitive towards this issue they didn’t understand how much was actually going on. Many of them believed that us the consumers were the problem because we were allowing more companies to tear down natural resources to make room for more stores that will eventually create more pollution.

It was varied between students some thought that global warming was a myth and others thought that something needed to be done immediately.

Students all have their own personal biases on this issue and so do teachers as well. It is difficult to think of a lesson plan that will be free of biases and full of the information that is really concerning this issue.