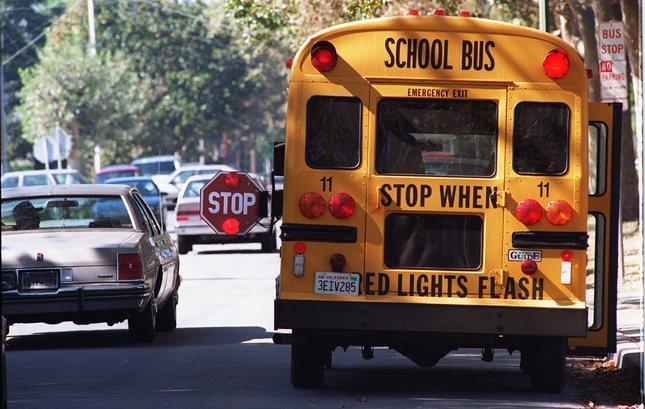 By Nancy Reyes and Angelica Cortes

Nobody realizes the main dangers people suffer to catch a bus early in the morning to prevent  arriving late to work or to school. Most people won’t think it’s important and when many people see the tragedies caused by cars not stopping at stop signs most people will laugh. In reality, this is a dangerous action that goes on because while someone tries to catch the bus they don’t check if a car would pass by and could get run over since they don’t stop or see you.

Over 41% fatal bus crashes where broken down to only transit buses and school buses(Schneider & Palcsik). A school bus is considered one of the safest transportation for students to ride to get to school but nobody expects something wrong to happen.  Nationwide there are over 480,000 school buses and every year an average of 6 school bus passengers suffer.

The National Highway Traffic Safety Administration(NHTSA) has collected data in different variation on accidents and one of  them end up being school buses. They are seen as one of  the safest transportation yet even the safest could become a catastrophe. Throughout the nation, different accidents go all around and different reports have gone through NHTSA  who have collected different accidental reports. Collected data has shows how approximately 134 people died  in crashes while only 8% has been actual bus passengers. The main accidents that had happened had been outside of the transportation then inside.Spanish teacher Naomi Yokota was interviewed and said, “  I saw what could have been an accident.”  Every year though there is an estimated average of 6 school bus passengers fatalities due to the fact that some cars don’t stop at the stop signs.

Our own school has started to provide transportation for the new middle school students so they can arrive to school on time. Many of us has seen school buses actually go around our neighborhood but not many have actually seen some dangers that are faced. Every bus has a time and an exact location on where to be to pick up and at times when seeing the bus you know if you don’t hurry you’ll miss it so many people would run without realizing the actual dangers. Principal Brian Reed was interviewed and said “ In general if people follow the crossroads it will  set a good example to others.” It’s not only the car’s fault about the accidents that happen, pedestrians should also do their part because they need to watch where they’re going too. In order to make it a safe place for everyone, everyone should do their part.