APB’s tardy policy states that if a student is not in class before 8:00 am they will have to serve 30 minutes during lunch. For instance if a student is only a few seconds late they will have to serve lunch give back. In our opinion this seems unfair and many other students agree with us. So we decided to ask students and staff at APB about their opinion on the tardy policy. 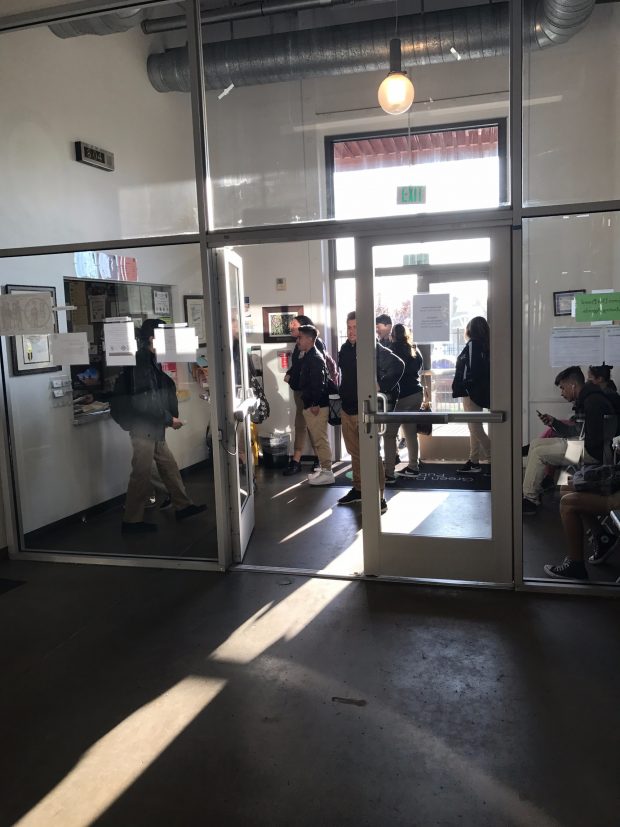 We then interviewed 12th graders Johan Aparacio and Keith Johnson who are known to be frequently late. Both stated that they were late and one of them saying, “I have been countless times”. Senior Johan didn’t like the tardy policy because he thought it showed unfairness to students who are only a couple of minutes late. His solution to it was unique and very helpful overall he said, “instead of serving it in lunch, we should be forced to serve it in guided study”. Therefore, students will be able to get work done while serving their tardy. Also, “The tardy policy is not helping because if people see that they will be a few minutes late they will come even more late to make the 30 minutes of lunch give back worth it”. Johan’s opinions on the tardy policy has some truths to it and serves a good purpose for APB. Senior Keith started off with some daring words to say about the tardy policy, “it’s trash”. He also said that lunch give back doesn’t really bother him because everybody serves the same amount of time. Haven said that, he also doesn’t agree with what lunch give back brings. He said, “lunch give back is not helping me come on time”. Keith stated that a simple possible solution could be to serve the same minutes that you were late. There seems to be that this solution is most common in students that come to APB. Lastly he added on saying that there’s a reason he is sometimes late and that’s all in the bus or the bus driver. He said, “ Is not fair because it’s the bus driver’s fault not my fault for coming late”. Basically APB’s tardy policy is ineffective and unfair. 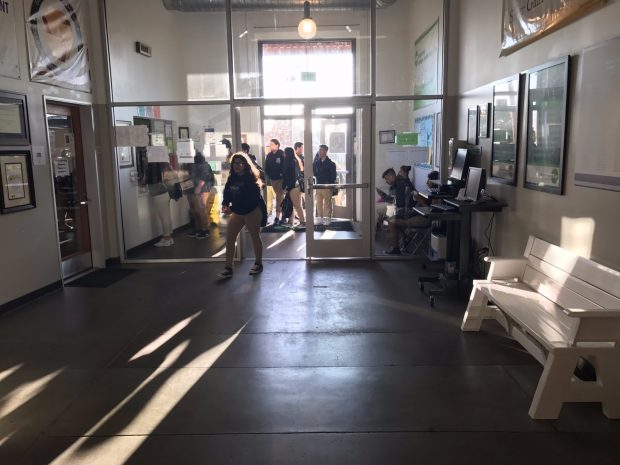 We also decided to ask Mr. Ortega for his opinion about the tardy policy in order to have the perspective of an adult. When we asked Mr.Ortega for other consequences of coming late instead of lunch giveback he said,” Instead of lunch give back they should do community services in the school to benefit the school while still giving the student consequences.” We also asked him serving the 30 minutes of lunch give back helps students stop coming late, he states,”No because some students see the 30 minutes as a wake up call, while others don’t mind giving their 30 minutes of lunch.” The final question we asked him was if it was fair for those who came late due to Metro malfunctions to serve lunch give back, he said” The lunch give back is fair because everyone get 30 minutes, we should excuse lunch give back if the student brings proof.” For example students should bring pictures of the traffic accident or a picture of the train coming late. He also stated that ”Lunch give back should not be served in guided study because it’s a lot of responsibility for the teacher, if the group is big it would be hard for the teacher to control.”

Overall, the trade policy is seen as unfair to students at APB and it’s also being used as a reason to come even more late. It’s seen as unfair because students who are seconds late have to serve 30 minutes. Another reason it is seen as unfair is because it’s not the student’s fault for being late but the transportation services.